What We Know About Prof Ibrahim Gambari

About one month after the death of Abba Kyari, there are indications that a former Minister of External Affairs, Professor Ibrahim Gambari, will become the new Chief of Staff to President Muhammadu Buhari.

The Kwara State-born scholar served as the Minister for External Affairs between 1984 and 1985, while he also held several leadership positions at the national and international levels, and has built extensive contacts with governments, as well as public and private institutions, especially in Africa.

Professor Gambari was on March 4, 2013, was appointed the pioneer Chancellor of the Kwara State University; the ceremonial head that presides over convictions to award degrees and also supports the vision of the institution.

Having been decorated with the title of Commander of the Federal Republic (CFR) by the Federal Government of Nigeria, the highly respected academician is a member of the Johns Hopkins University’s Society of Scholars.

Meanwhile, as the talks about Prof Gambari’s appointment fills the air, Nigerians have also aired their view on what they considered a timely appointment.

However, while the presidency has been applauded by the move, following the academic background and achievement of the scholar, there have been concerned about the age of the diplomat. 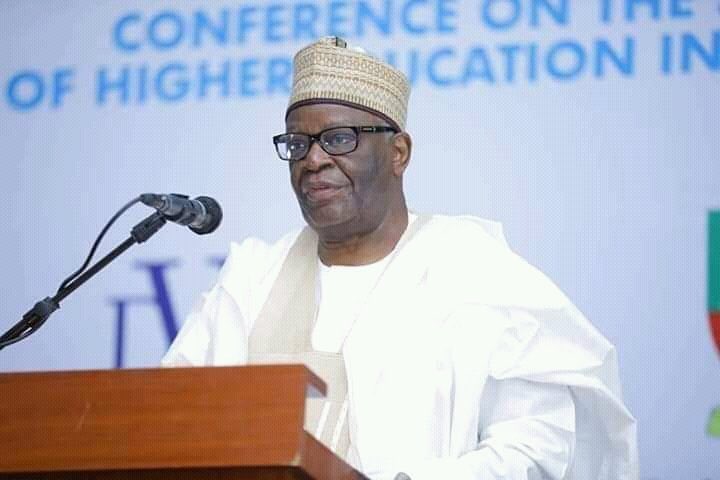 Some Nigerians have contested that the man is too old for the appointment and as such, a testimony to the fact that the Buhari-led administration is not an all-inclusive government.

In the meantime, Prof Gambari has also been a research fellow at the Brookings Institution in Washington D.C. and a Resident Scholar at the Bellagio Study and Conference Center; the Rockefeller Foundation-run centre in Italy.

He was also accorded, honoris causa; the title of Doctor of Humane Letters (D.Hum.Litt.) from the University of Bridgeport, USA.