Latest report has indicated that approximately 1.8 million American households have cancelled Cable TV subscriptions in the first quarter of 2020.

Cable and satellite-TV companies are experiencing a steady drop in the number of paying customers as the COVID-19 pandemic sweeps through the country.

Analysts have also predicted further damages to cable companies in the second quarter as most parts of the country are still in lockdown.

According to Wall Street research firm, MoffettNathanson, the high monthly costs of subscription and the disappearance of live sports amidst unemployment rates which has risen to a 15 per cent level, has caused the steep cancellation rate to cable TV.

At 63 per cent of occupied households, traditional pay TV penetration has reached a level not previously seen since roughly 1995.

There are now as many nonsubscribing households as there were pay-TV subscribers in 1988.

We believe the (coronavirus) outbreak could drive modest acceleration in cord-cutting in the lockdown phase but more dramatic declines post-lockdown given the expected recession.

The absence of sports should pressure sports nets in the near term as distributors balk at paying high fees.

Meanwhile, the only notable subscription-TV services to add subscribers in the first quarter of 2020 were Hulu + Live TV, which signed up about 100,000 new people, and Google’s YouTube, which increased users by approximately 300,000 to reach 2.3 million. 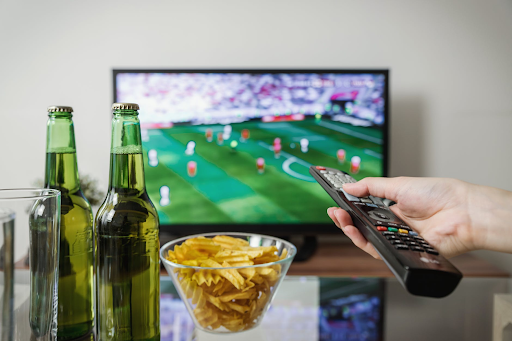 Disney+, in the meantime, continues its robust spree, having signed up an astounding 54.5 million customers worldwide as of this week, less than six months after launching.

Since the outbreak of the novel Coronavirus, the U.S has had its share of fatality figure from the pandemic; a development that forced the government to announce lockdown in the country.

Following the recent call by the White House for businesses to resume, however, there are fears, in some quarters, that the U.S may be hit harder by the pandemic this time around.

Richard Mofe Damijo Debunks Rumors Of Having A Side Chick