A former commander of the Presidential Air Fleet, PAF, during the Goodluck Jonathan administration, has temporarily forfeited N510 million to the Federal Government.

According to a statement from the Economic and Financial Crimes Commission, EFCC, the forfeiture was was granted by Justice A. R. Mohammed of the Federal High Court, Abuja, on Monday.

Intelligence scooped the money stashed in Sterling Bank and discreet investigation revealed it was a proceed of unlawful activities, traced to AVM Obong.

The forfeiture of the alleged stolen fund is coming on the heels of the permission granted by a United States Judge for the Federal Government to check the bank accounts of some former government officials allegedly involved in the P&ID scandal during the Jonathan administration. 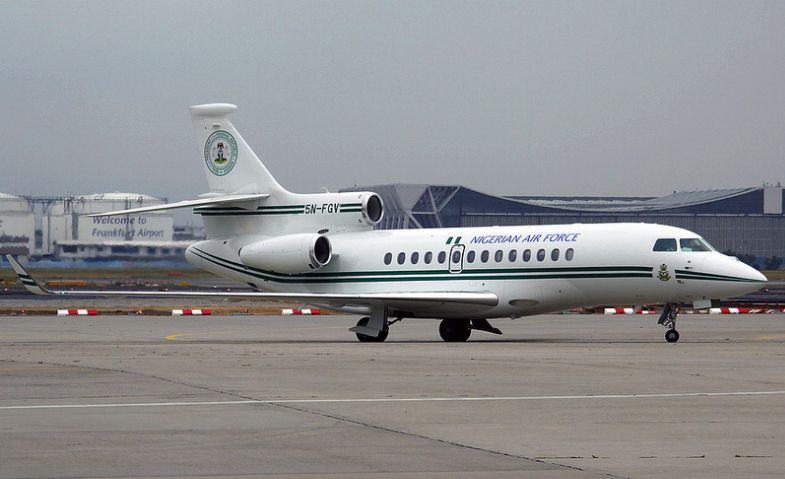 Justice A.R. Mohammed of the Federal High Court, Abuja, on Monday, May 11, 2020, ordered the interim forfeiture of N510 million, belonging to Vice Air Marshal Uko Etim Obong, in an application filed by the Economic and Financial Crimes Commission, EFCC.

The Commission’s application for interim forfeiture was pursuant to Section 44 (2) of the Constitution of the Federal Republic of Nigeria, 1999, as amended.

EFCC’s intelligence scooped the money stashed in Sterling Bank and discreet investigation revealed it was a proceed of unlawful activities, traced to AVM Obong.

It could be recalled that AVM Obong was the Commander of the Presidential Air Fleet between 2013 and 2015, and allegedly enriched himself corruptly while serving in that capacity.

The former Air Chief was alleged to have used some of his cronies and companies, such as Magnificent 5 Ventures Ltd; Tripple Kay Company Nigeria Ltd, and Elionenai International College, as conduits to drain public funds while concealing his identity.

Justice Mohammed, thereafter, granted the prayers of the EFCC and ordered the interim forfeiture of the said sum and adjourned the matter to May 26, 2020, for hearing.

What We Know About Prof Ibrahim Gambari