Popular Nigerian rapper, Naira Marley, received much love from Nigerian celebrities as he marked his 26th year birthday. Davido, Funke Akindele and Dremo were among the many people that celebrated him.

Davido took to his Instagram account to wish the popular act a long life as he posted his picture on his IG story. Screen diva Funke Akindele-Bello, asked God to bless the musician more, while Lil Kesh in a “fatherly” style, told him “happy birthday son.”

Uche Maduagwu claims he was arrested for coming out as gay

Another popular act in the country on IG story posted a picture of the Marlian King as he said “More Life Bro”, adding a snake and fire emoji as a way of describing him. Earlier reported, Naira marley used his online platform to drop a piece of important advice for his fan base often referred to as ‘Marlians’. He made it clear that as a Marlian it is important to have all the fun one can think of during the youthful days.

However, Naira Marley cautioned that enjoyment should be at the expense of one’s future. Tesumole crooner continued to take his fans and followers by surprise. His kind of music and fan base is often characterized by the use of vulgarism and a questionable display of morals. 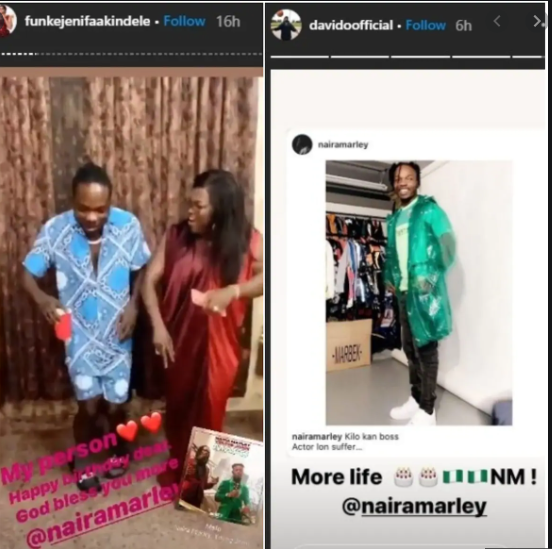 Uche Maduagwu claims he was arrested for coming out as gay

You Are A Bastard! - Uwazuruike Fires At Wike (Video)

Why Wike Is Newly the Converted Buharist – Adesina