The Governor of Ebonyi, David Umahi, has imposed, for one month, a working suspension of the state’s Commissioner for Local Government and Chieftaincy Affairs, Samuel Okoronkwo, over an allegation bordering on boundary security compromise and negligence.

Governor Umahi, in a statement he personally posted on social media on Sunday and confirmed by the state Commissioner for Information, Uchenna Orji, gave the order on the suspension.

Saying that the suspension meant forfeiture of one month salary, the governor also ordered a one-month working suspension of the Permanent Secretary in the ministry, Augustine Nwuzor.

While inspecting the state’s boundaries at Afipo North and Ivo LGA, he expressed his disappointment over an alleged compromise and negligence of duty he witnessed on May 9, while threatening to lay them off if there were no improvements.

All development centre coordinators of Afikpo North and Ivo LGA’s are hereby suspended from office and should handover to the ‘Member One’ in their various development centres including their official vehicles.

All political appointees from these councils are to remain on half salary until normalcy returns including all traditional rulers from both councils.

The chairmen and leadership of town unions in Ebonyi are hereby suspended and I will dissolve all town unions this May if situations do not improve,” he also threatened.

He further threatened that all health workers in the state, absent from their duty posts from Sunday will be sacked, while also stating that he would do more in the coming days to secure the lives of residents of the state. 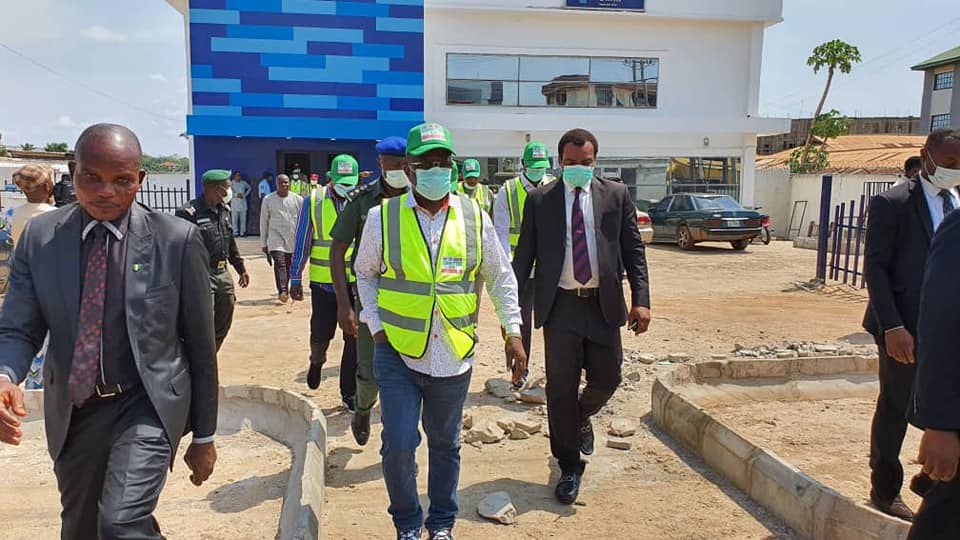 What I saw on Saturday at Ivo LGA left me worried about our people’s honesty in doing this job.

I was disappointed with what I saw there and also at Afikpo North LGA between 6.30 pm and 12.am.

I ‘arrested’ over 10 passenger- buses with over 50 passengers coming from Abia, Rivers and Lagos.

People manning the road blocks ‘took’ bribes and allowed them to pass and I had no option than to arrest those said to be doing the work but were only taking bribes.

They are presently at the Abakaliki quarantine centre and there were no presence of town unions in those locations.

The LGA commissioner is hereby directed to account to me before Wednesday, May 13, the expenditure of 15million released to each LGA chairman for this pandemic.

I must see if I can raise boys in each of the 140 communities to do this job and then review all appointments in line with those who can help in this fight to save our people.

I, however, observed that good work took place in the day, but at night only the army in one location and local boys stayed.

I am still depressed with the commitment of our security agencies despite my efforts in paying allowances.