The latest survey conducted by the National Bureau of Statistics, NBS, shows that Nigerians spent about ₦22.8 trillion on food in 2019.

The survey suggests that this figure is about 57 per cent of the total spending (N40.2 trillion) by Nigerians for the outgone year.

According to the NBS, the largest amount of food expenditure- ₦4 trillion, was spent on food consumed in restaurants, bars, among others.

Tuber produce such as yam, potatoes etc., and plantain were the next most consumed food items at ₦2.5 trillion, followed by rice, ₦1.9 trillion and vegetables, ₦1.7 trillion.

The NBS data also showed that Nigerians spent about ₦17.4 trillion (about 43 per cent of their spendings) on non-food expenses in 2019. 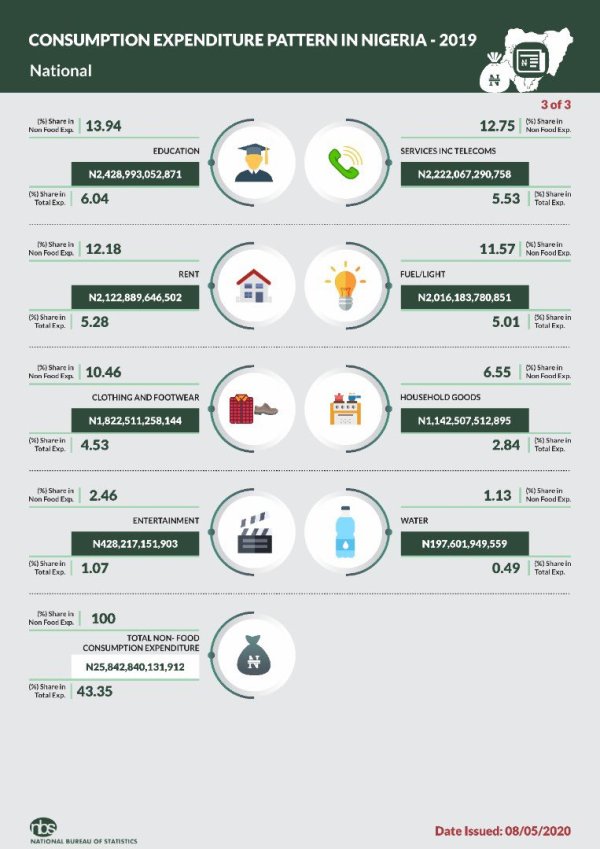 The NBS wrote in its report:

In most developed countries, it is the opposite, where the consumption pattern is skewed towards non-food items.