by Christian Pulisic
in Appointments
0

The Acting Chairman of the Economic And Financial Crimes Commission (EFCC), Ibrahim Magu, has appointed a new spokesperson for the Commission. He is Dele Oyewale.

Mr Magu named Mr Oyewale as spokesperson as well as the substantive head of the agency’s media and publicity unit.

He succeeds Wilson Uwujaren, who has since been redeployed. Tony Orilade, who acted as spokesperson after Mr Uwujaren’s departure, has also been reassigned to lead the public interface unit. 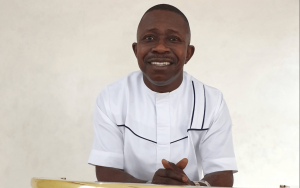 A well-regarded journalist, Oyewale worked as a reporter at Independent Communications Limited, publishers of TheNEWS and TEMPO magazines as well as PM NEWS.

In 2001, he moved to TELL Magazine, where he quickly rose to the rank of assistant editor.

He later worked at BroadStreet Journal, a business-focused publication also published by TELL Communications, winning a string of awards and becoming one of the country’s leading business journalists.

The new spokesperson holds a Bachelors degree in Geography from the University of Ilorin and a Master of Business Administration (MBA) degree from the Ladoke Akintola University of Technology.

FG Appoints Nwabuoku As Acting Accountant-General Of The Federation

Board Of Trustees Of APC Professionals Forum, Nominates Oduwole As Patron

NNPC Further Reduces Price Of Petrol To N108.00k Per Litre

My Father Slept With Me For Years, We Have A Child Together – Mother Spills