by Christian Pulisic
in Op-Ed
0

Born in Lagos Island, Lagos on the 18th of June 1935 to the family Mr. Victor Bankole Alder and Mrs. Christiana Abeke Alder. Primate Dr. E.B Alder is a true born Lagosian. His Father is a descend of Alder of Brazillian Quarters on Lagos Island as well as Jakande Chieftaincy family, While his mother was from Ipinlaiye Campbell Descendants. His Maternal grandfather was the great missionary, the late Most Rev. James George Campbell who founded the African Episcopal Church in 1903 and founded a primary School St Stephen Primary School in Lagos Island, Lagos. Brother Alder as he was fondly called is a true born Lagosian. He is a great family man with wives and many children. 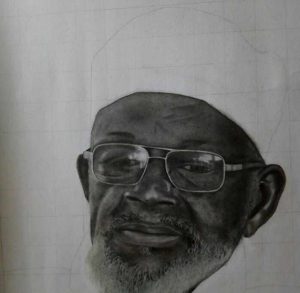 Brother Alder as he was fondly call people married three (3) wives and He was blessed with 18 childern namely Sumbo Kunlipe, Olaleye, Morenike, Bosede, Abiodun, Lanre, Akinola, Toyin OluBunmi, Olufunke, Dupe, Aina, Temitope, Olajide, Hannah, Oluwagbenga, Oluwafemi, Oluwarotimi. He was also blessed many grandchildren and many great grandchildren. He is truly a family man and he love his children so much

He subsequently started working with one Mr. Adigun as a clerk. It was later, his grandpa Campbell founded St. Stevens Primary School and he was invited to come and teach there. Due to his foray in education, He preceded to Lagos Teacher Training College in Ebute –Elefun 1956 where he graduated with Honours in Education. He worked as a teacher for many years and was promoted to the position of Assistant Headmaster. He was highly respected by all because of disciplinary principles and commitment to teaching and learning. One of his students is a member of His church (Apostle Pius Oyekan). After many teaching years, he moved to the Federal Ministry of Labour and Social Welfare as a welfare officer. He went for both local and international training on welfare and leadership. He was posted to Surulere –Binding Center. There were 4 districts that he supervised.

These centers were called the Boys Club. These clubs were established purposely to impart knowledge to youths, remolding the boys, taught them sports, and other hands-on empowerments. After years, he left to join Lagos city council, where he was in charge of Prison welfare. His role was to visit the prisoners especially the young one, he counsels them and worked as probation officers. Later he was transferred to the Lagos Sea Port as Port Welfare Officer. His duty was to take the sailors round Lagos and organize different recreational activities for them. He was placed in charged of Old People Homes at Maroko, Ikoyi and was involved in many community development programs and projects. It is interesting to note that he had been involved in skeletal church activities before he plunged fully into God’s work in 1970. 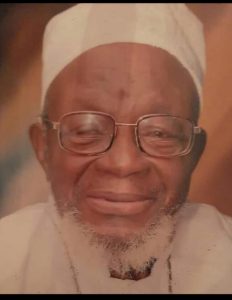 The journey of becoming God’s worker started when his paternal grandfather named him Babalola (i.e. father tomorrow) and died after the naming ceremony. Growing up he lived with his maternal grandfather Rev. Campbell and worshipped in his church (St. Stephen African Episcopal Church of Nigeria. He followed Papa to many of the missionary journeys. He was the youth leader and members of church committees. After the demise of the great Patriarch Campbell in 1945, fight over the administration of the church ensued that made him disagree with his maternal grandmother and family member. The issue was based on whether the church should belong or be run as a family business. For him, he believes strongly that the church belongs to the church members and not to family. The fight got the court but to God be the glory, he won the argument. After the whole fight and court case, he decided to leave the church, reflecting then, why all these fights in the house of God? It was virtually due to greed, selfishness, and love of money. Because then, whatever was collected in cash or kind from church members belonged to the headship of the church.  So he decided to join Oke-Suna Cherubim and Seraphim Society, where he had earlier visited for prayer assistant. 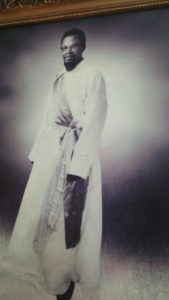 The genesis of his first contact with Cherubim and Seraphim Church was when he was still teaching and wanted to leave the teaching profession and was eager to seek the face of God on this crucial next step to take. The dilemma then was either to remain in the teaching profession or join the civil service. Luckily for him, a fellow lady teacher took him to a Cherubim and Seraphim church. The pastor in the church then, Prophet Babatunde Mofilewi prayed for him and prophesied that he had a call of God on his life, but he did not take it seriously. The man actually said he would marry many wives, have many children, but that in the end, he would be a servant of God. That was in 1963.  He was furious about this prophecy because his plan then was to just have a wife and live simply.  He expressed his disappointment with the woman that took him to the prophet.

What draws him closer to God was when he slept for almost a whole day, where the parents thought he was dead. When he finally woke, he recounted his dream to the amazement of everyone. In his dream, he met his maternal Uncle Rev. Adebowale Campbell who was missing for some months then. He said, his uncle took on a journey where he showed him some old and dilapidated buildings and very rough environment, he asked his Uncle in the dream who owns the build and he told him that they belong to rich men of this world that have forsaken God. His Uncle further took him to another part. There he saw many beautiful buildings plated with Gold and diamond. The whole place was conducive to be. He was so happy that he asked his uncle whether he could stay there which he refused. He then showed him an uncompleted building and told him that was his house. He asked his uncle why his house is uncompleted, his uncle then responded telling him to rededicate his life to the work of God that was when he woke up. After the dream, he discarded and threw away all charms and any occult things with him and rededicated his life to God.

Joining C&S Society at Okesuna, he was highly committed and dedicated that in no time he was highly commended by the late Holy Mother Captain Abiodun Emmanuel, the co-founder of C&S Church worldwide. He was annoited a Prophet and later head the prayer warrior band of the church. He was also a member of the Levite group and also an army of Salvation. 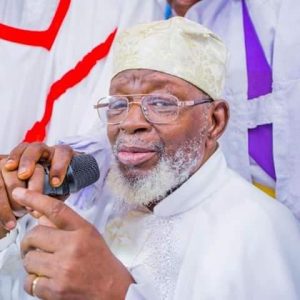 In 1975, there was a controversy where he left the church (Okesuna) to start a new church with Prophet Olabisi Feku aka Baba Segun called Jah Oluwa Lo Luso Aguntan Mi. They started the church at the bar beach in Victoria Island. He was literally in charge of the new church, Jah Oluwa Lo Luso Aguntan Mi as his position as Second in Command, administrator and even the cook for the whole congregation.

Conflict ensued between him and Baba Segun, thus he was asked to leave his position and the church. Baba Segun even then prophesied that Brother Alder as he was fondly called would soon die and that whoever followed him will die also. This scare people away from him. However this snare did not work, 75% of prayer warriors followed and left the church with him. This shows the level of his leadership qualities and approval by the followers. This should serve as examples for upcoming leaders, the importance leadership qualities.

After leaving Baba Segun church, he returned to C&S Society Okesuna to the delight of Her Holy mother. She even confided in his friend, Apostle Omosehin then that out of the 4 prophets she had then, that he was the only real prophet. Truly, she loved him. Later in 1975, the church members rose against him and his followers that they should leave simply because they saw them as a threat. The fear then was that as things were then if Mama were to pass on, Brother Alder may likely be the next leader of the church, so they truly felt threatened and plotted evil to snare him and make him look bad to Her Holy Mother. 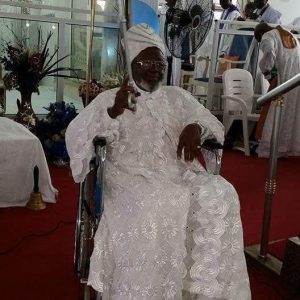 Start of Cherubim and Seraphim Church (The Worshippers)

Later that year, Her Holy mother Captain Abiodun Emmanuel called him and his followers where she blessed him and commission them to leave the church (Society Okesuna) and to start his church.

Initially, they started as prayer fellowship at the bar beach and sometimes, they make use of members’ houses. They spent almost 3 years at the Bar Beach before God provided the church land and building at 55 Olatilewa Street in Surelere, Lagos. The church was named C&S church of Christ (the Worshippers). Ever since the church had continued to grow spiritually and numerically, there are many testimonies of manifestation of God miracles. In 1989, the church moved to her national Headquarter at Oke-Olu Street Iponri, Lagos. On that day, he was anointed the Primate and spiritually of the C&S ‘The Worshippers’ by Her Grace Captain Abiodun Emmanuel. The Church had since grown and had more than Twenty (20) branches all over Nigeria.

What has motivated him over the years and up till now is his total, un-dynamic and total faith in God and His Son Jesus Christ. To Believe in God, means you have to continue to do God’s bid, his law and commandments and most important to show love to all man. He believes all power belongs to God and no man can do anything except God sanction it. That is why he disapproved charging of money by prophets for prayer. To him salvation is free. On church management and Headship of the church, he still holds the belief that the church should belong to members of the church and not individual or family. The members through the directives of the Holy Spirit should choose the leadership of the Church. He attributes his successful leadership and accomplishments to all the training while at work and also under the tutelage of Her Holy Mother Captain Abiodun Emmanuel. All these training had equipped him to have the right positive attitude to life, and try to confront all challenges with the help of God and finding the right solutions.

“My Daughter Is Being Bullied By A Teacher At School,” Actress Mercy Johnson Okojie Cries Out