A former Director-General of the Nigeria Maritime Administration and Safety Agency, NIMASA, Temisan Omatseye, has charted the was forward for the Nigerian economy and the maritime sector  amidst the current global health crisis which has dealt a blow to several businesses and economies across the globe.

Omatseye, speaking during an Instagram-live interview with Maritime TV and attended by The Gistday, stated that the outbreak of COVID-19 has exposed the inadequacies of Nigeria in a sector which he claimed that Nigeria should be leading.

The former NIMASA boss stated that the current economic downturn would affect the business of shipping as there would be a reduction in the level of import, noting that the cost of shipping goods from countries like China is capital intensive.

He stated that many players in the sector may not have the financial capacity to keep up with the demands of the sector; a development that would further endanger the business of shipping in Nigeria.

Speaking on what Nigerians should expect after COVID-19, the former president of African Shipowners Association, ASA, while ruing the absence of proper laws guiding the movement of vessels in Nigeria, stated that the country is not properly positioned for life after COVID-19.

According to him, the current global health crisis has shown that people across world can survive without oil.

Hestressed that the world would soon adopt the use of gas and that may leave the Nigerian economy in grave danger as there would be no one to buy the country’s oil.

Omatseye, however, called for the diversification of the country’s economy, while hinting that mineral resources such as iron ore can be exported to countries where they are needed, while also advising the Federal Government to take advantage of the African Continental Free Trade Area (AfCFTA) and expand her trading areas on the continent of Africa. 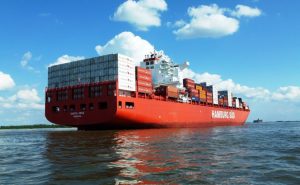 In the meantime, the shipping expert, speaking on CBN Governor, Godwin Emefiele’s position on reviving the Nigerian economy through agriculture, stated that the governor of the apex bank failed to include logistics in his proposition.

Omatseye claimed that agriculture cannot thrive without logistics as the produce would have to be conveyed to other parts of the world through a channel.

In the interview which lasted about twenty minutes, Omatseye lauded the present NIMASA for taking steps to ensure the growth of the sector despite the challenges it is faced with.

You Need A Job? See These Vacancies