Following the latest figures released by the Nigeria Centre for Disease Control, NCDC, Nigeria has confirmed 238 new cases of COVID-19, raising the country’s total to 2,170.

The update released late Friday by the health agency showed Kano leading other states for the second straight day.

While Kano reported 92 new cases, Abuja followed with 36 while Lagos recorded its lowest figure for the first time with 30 cases.

Lagos, however, remains the epicentre of the infection with 1,006 cases, followed by Kano with 311 and Abuja with 214. Gombe and Borno occupy fourth and fifth places, respectively. 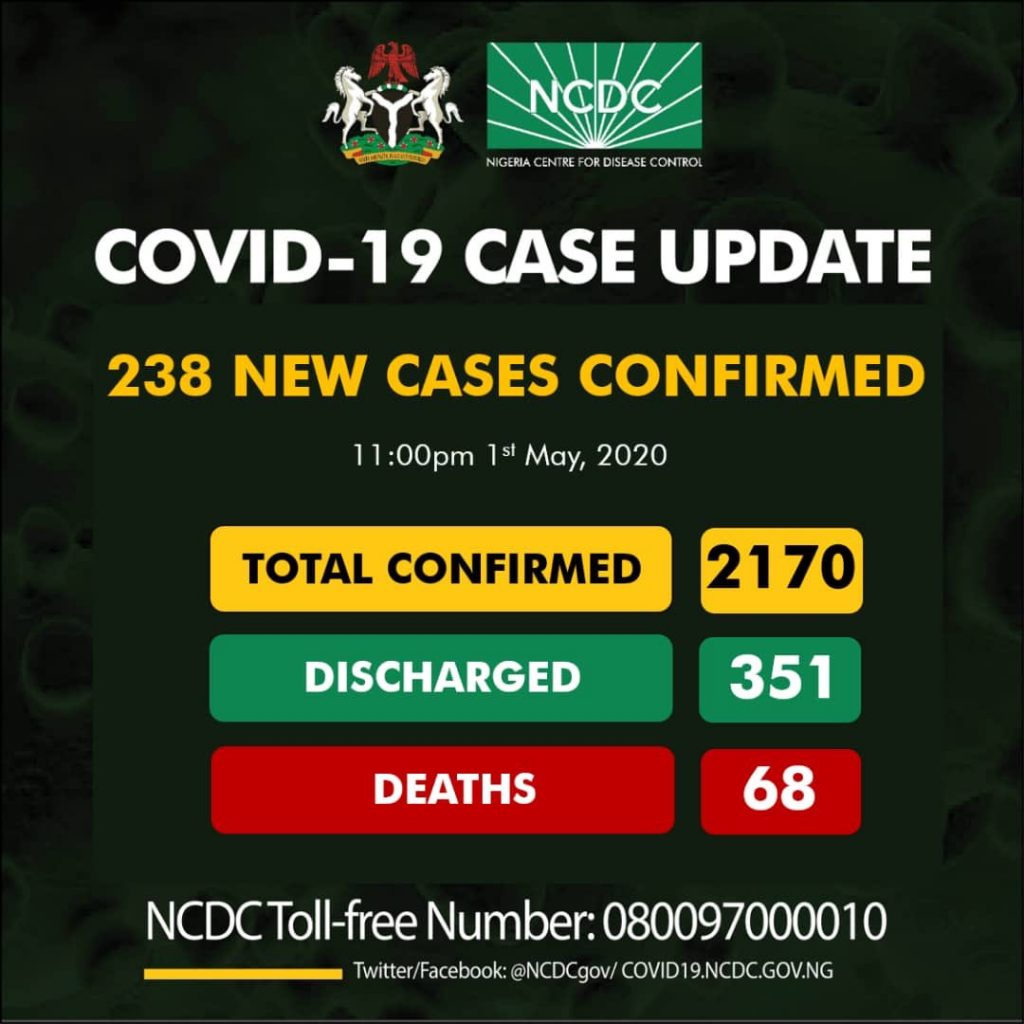 Meanwhile, the number of infected people in the country is expected to rise as the country has entered into the community transmission phase, just as testing has been increased.

The NCDC said Nigeria now has 18 laboratories for testing COVID-19 and has carried out over 15,000 tests, as the 18th COVID-19 testing laboratory commenced operations at Bayero University, Kano. The laboratory is only the second to be activated in the state.

The agency said it remains committed to rapidly scaling up COVID-19 testing in Nigeria, as outlined in the national testing strategy while also calling on Nigerians to adhere to public health advisories put in place by the Nigerian government.

Clerics At Shettima’s Unveiling Are Not Fake But Unpopular – Tinubu