A Ugandan court has ordered lawmakers to pay back the money they had awarded themselves to fight the spread of COVID-19 the country.

Following its ruling on Wednesday, a high court in the South African country, directed that Members of Parliaments must pay back any money they received as part of a package they approved to fight coronavirus in their constituencies.

According to reports, an allocation of 2.4 million euros was paid into the individual accounts of lawmakers earlier in April.

The court, as part of its judgement, ordered that the money must be repaid or transferred to national or district COVID-19 taskforces.

It was gathered that the money paid to the lawmakers was initially approved as part of a bigger budgetary package, intended to be used for sensitising the citizens of the country about the pandemic.

Displeased by the lawmakers’ move, however, President Yoweri Museveni described it as morally reprehensible.

Similarly, opposition lawmaker, Bobi Wine, in a tweet, described the payment as wrong and immoral, saying he would return the money and not participate in such a “vile” fraud.

The opposition lawmaker’s statement comes as some MPs had already started refunding the money.

While millions of Ugandans starved & countless lost jobs, the Parliament of Uganda allocated itself 10bn shs ($2.7m) & gave each Member 20m! Not even a court order or public outcry could stop them. Wrong & immoral! I’ve returned this money & will not partake in a fraud so vile.

Uganda, according to the latest statistics from the Africa Centres for Disease Control and Prevention, has 79 confirmed cases of COVID-19 with no deaths recorded.

This latest development has sparked outrage among Ugandans who have accused lawmakers of seizing the current global health crisis to enrich themselves, forgetting the mandate that they owe the teeming populace. 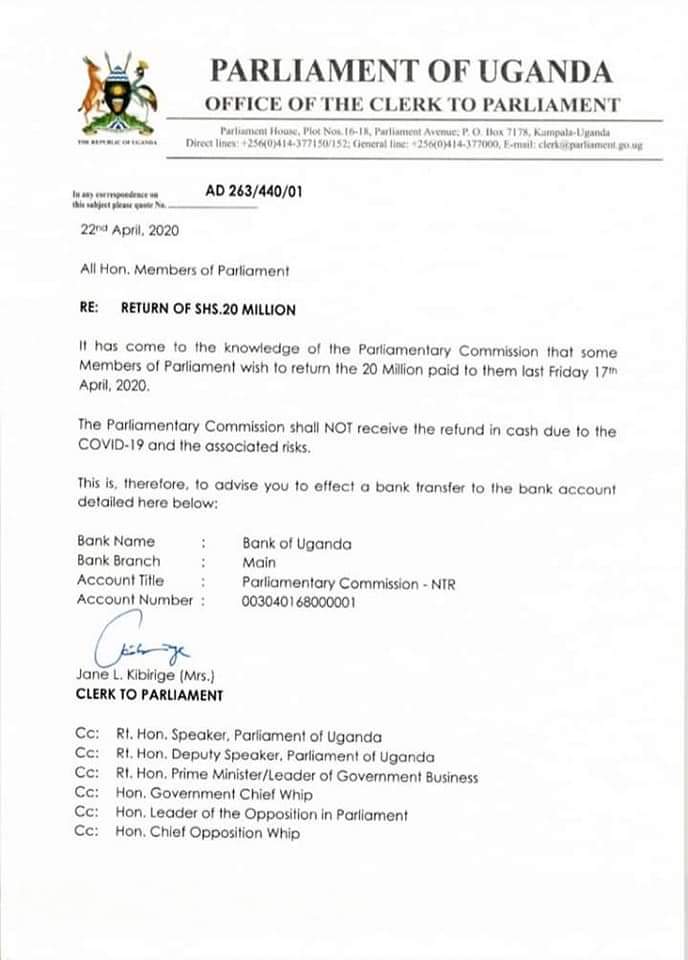 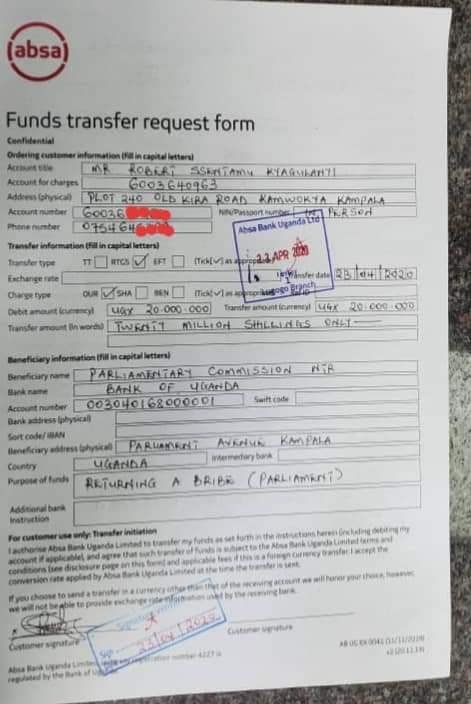