Governor of Ekiti State, Kayode Fayemi, has honoured Mr Adeoye, the Ekiti resident who rejected his son who broke the COVID-19 lockdown directive by travelling from Lagos to Ekiti.

Mr Adeoye was received at the Governor’s office, Ado Ekiti, and was honoured with an appointment as the state’s COVID-19 ambassador.

The State Government revealed this in a statement on its official Twitter handle with the video of the governors meeting with Mr Adeoye who was described as self-disciplined and selfless.

The man, in a viral video on social media, stated that he refused to let his son into his house because he had not gone through the process of self-isolation first, upon his return from Lagos.

Mr Adeoye, in his explanation, insisted that his son, who travelled against his wish, must go through the process of self-isolation. 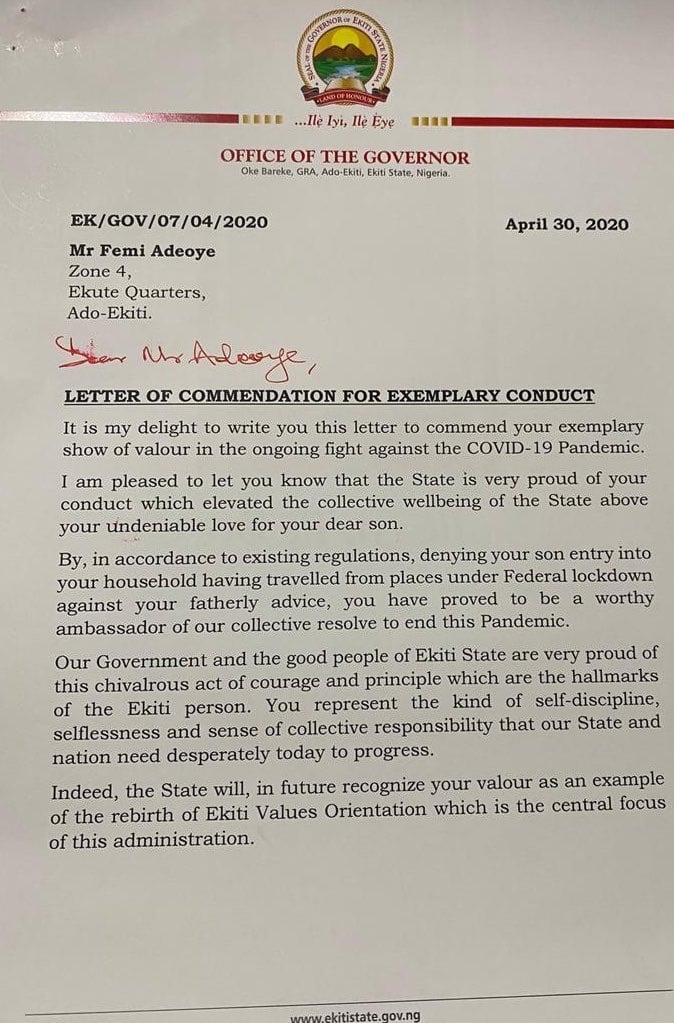 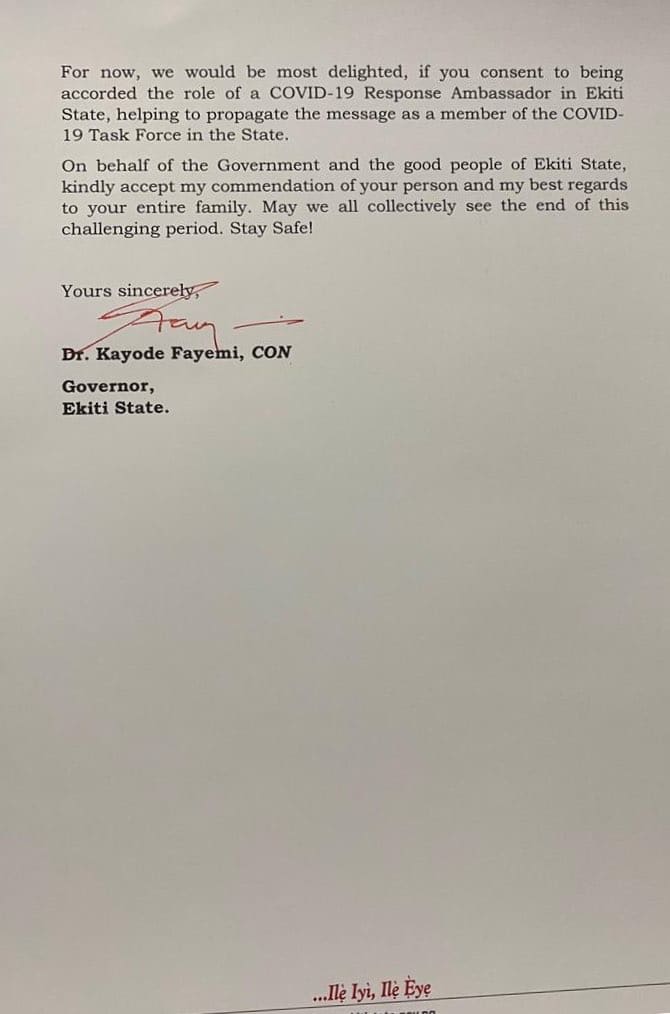 Confirming his visit to the Government House and his subsequent appointment, a statement by the Fayemi-led government said:

Governor Kayode Fayemi @kfayemi has appointed Mr. Adeoye as a COVID-19 Response Ambassador in Ekiti State. He will help to propagate the message as a member of the COVID-19 Task Force @Ekiti_COVID19 in the State.

By, in accordance with existing regulations, denying his son entry into his household having traveled from places under Federal lockdown against his fatherly advice, Mr. Adeoye has proven to be a worthy ambassador of Ekiti State’s resolve to end the #COVID19 pandemic.

The Government and the good people of Ekiti State are very proud of this chivalrous act of courage and principle which are the hallmarks of the Ekiti people.

Mr. Adeoye represents the kind of self-discipline, selflessness, and sense of collective responsibility that Ekiti State and Nigeria need desperately today to progress.

Ekiti State will in future recognize Mr. Adeoye’s valour as an example of the rebirth of Ekiti Values Orientation which is the central focus of Governor Kayode Fayemi’s @kfayemi administration.