Nigeria May Get Loan Approval From IMF

As the Federal Government seeks ways to cushion the effect of COVID-19 on Nigerians, there are indications that the Executive Board of the International Monetary Fund, IMF, may approve the $3.4bn loan sought by Nigeria on Tuesday.

The Minister of Finance, Budget and National Planning, Zainab Ahmed, had on April 6, announce that Nigeria had applied for the loan and that the funds were expected within six to 12 weeks.

Reports from Reuters and Bloomberg, quoting unofficial sources in the IMF, revealed that the IMF would meet over the request today.

The loan, it was learnt, would be among the largest allocations by the IMF to an African country in response to the COVID-19 pandemic if approved by the Fund.

The IMF Executive Board is expected to approve the loan as it has already granted similar requests for several countries.

About 102 countries, according to the IMF, requested for support due to the impact of the COVID-19 pandemic. 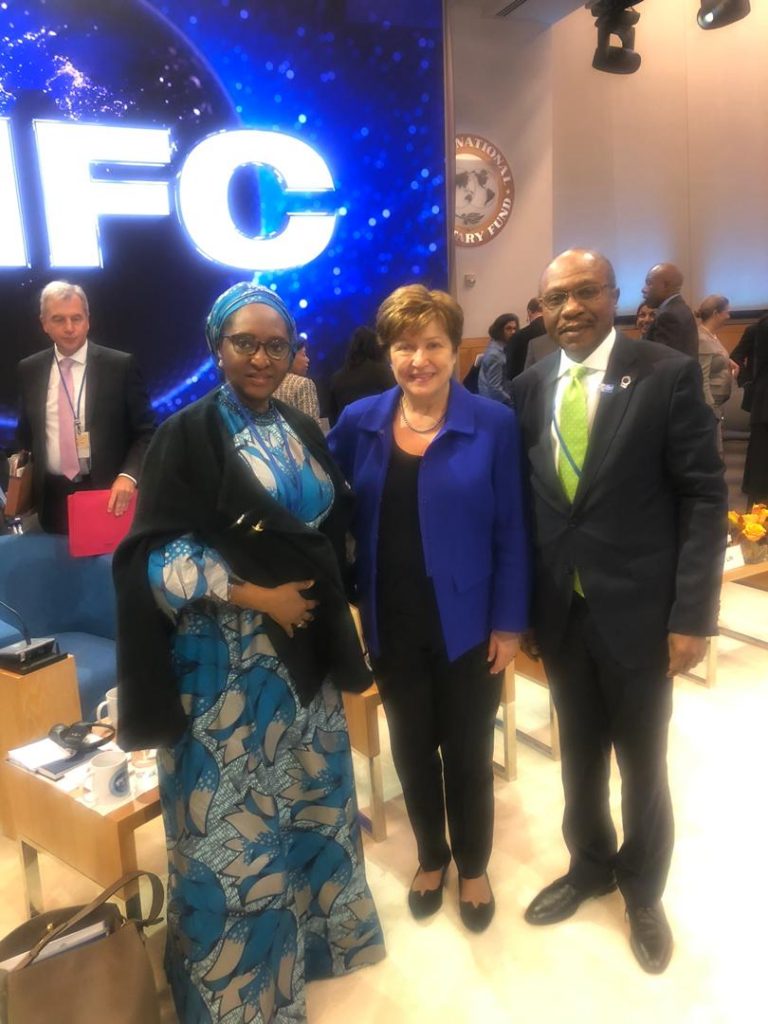 The Managing Director of the IMF, Kristalina Georgieva, had in a statement on April 7 said that the organisation was working to respond to the request as soon as possible.

Nigeria’s economy is being threatened by the twin shocks of the COVID-19 pandemic and the associated sharp fall in international oil prices.

The IMF boss also observed that the Federal Government had initiated a number of measures aimed at containing the spread of the virus and its impact.

According to Georgieva, the measures include the swift release of contingency funds to Nigeria Centre for Disease Control, NCDC.

The Bulgarian economist added that the Federal Government was working on an economic stimulus package that would help provide relief for households and businesses impacted by the pandemic.

Meanwhile, Nigeria and other African countries need an estimated sum of $114bn to fund the campaign against the outbreak of the coronavirus disease in the continent, according to the IMF.

In the meantime, as part of efforts to cushion the effects of the pandemic on the country’s economy, the Federal Government is hoping to secure the IMF credit and other loan requests from the World Bank and the African Development Bank.

CBN To Launch Digital Currency By End Of 2021