The Governor of Ekiti State, Kayode Fayemi, has directed that salaries of all political appointees in the State should be slashed by 50 per cent with immediate effect.

The governor gave the directive in a statement issued by the Commissioner for Information and Values Orientation, Chief Muyiwa Olumilua, on Tuesday in Ado Ekiti, the Ekiti State capital

Explaining that the development was due to the ravaging effects of the coronavirus scourge, Chief Olumilua stated:

The global economy has been severely affected and has affected Nigeria’s economy as a nation and expectedly, Ekiti.

As a responsive and responsible government, we have taken stock of our financial situation.

He also maintained that the cut in payments will affect the governor, his deputy, Chief Bisi Egbeyemi, and all political appointees down the line.

Chief Olumilua, however, said that salaries of civil servants would not be affected by the directive in any way, stressing that savings from the pay cut would be channelled into the execution and completion of developmental projects in the State, as earlier planned. 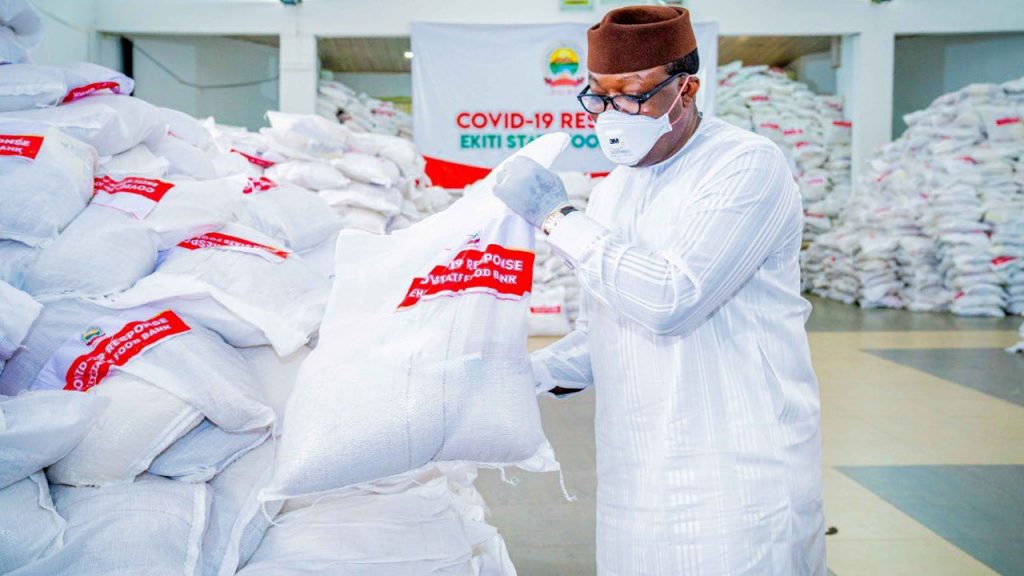 This sacrifice is for the welfare of Ekiti people above all other considerations.

This is vis-a-vis the constantly decreasing receipts from the federation account, as well as the state’s dwindling internally generated revenue (IGR), and has, therefore, been forced to wake up to the current realities of the state’s fiscal position.

Your patriotism, patience, and co-operation is highly appreciated at all times.

Since the outbreak of the pandemic in 2019 in Wuhan, China, several economies of the world have been negatively affected as the price of oil slumped to its lowest in over a decade.

Nigeria, one of many economies that largely depend on oil to fund her projects has also been hit by the turn of events at the international market.

The decision by Governor Fayemi, who is also the Chairman of the Nigeria Governors’ Forum, echoes the challenges confronting the Nigerian economy in the face of COVID-19.

Phyna complains about the fakeness in her newly-found social status

#BBNaija: Fan Hails Nengi For Her Strength Despite Being An Orphan

Kanye West Was The Biggest Songwriter In The US In Q3, With 39 Certifications