As Nigeria continues to witness a regular occurrence of fire outbreak, another fire incident has been averted at the Jos branch of the Central Bank of Nigeria, CBN.

According to an eyewitness, the fire was contained before it could escalate.

Reports suggest that policemen and the bank’s security outfit were drafted to the scene to prevent miscreants from taking advantage of the incident to loot the office.

It was gathered that the fire started from an air conditioner installed in the inverter room on the second floor of the building but it was immediately put out by the bank security unit with fire extinguishers and hydrants in the building before the arrival of men of the fire service.

Confirming the incident in a press statement the Corporate Communication Director of the Bank, Mr Isaac Okorafor said:

About 9.15 a.m., today, Tuesday, April 21, 2020, the fire alarm in our Jos branch was triggered and in line with the bank’s fire drill and protocol, the skeletal staff on essential duty were promptly evacuated from the building to the muster point.

The minor fire has been effectively put out and no damage was done to any records of the bank.

The Branch Controller of Jos CBN, Mr Duniya Yusuf, added that the fire did not cause any major harm as staff on duty were promptly evacuated to the muster point, while the fire service brought the situation under control. 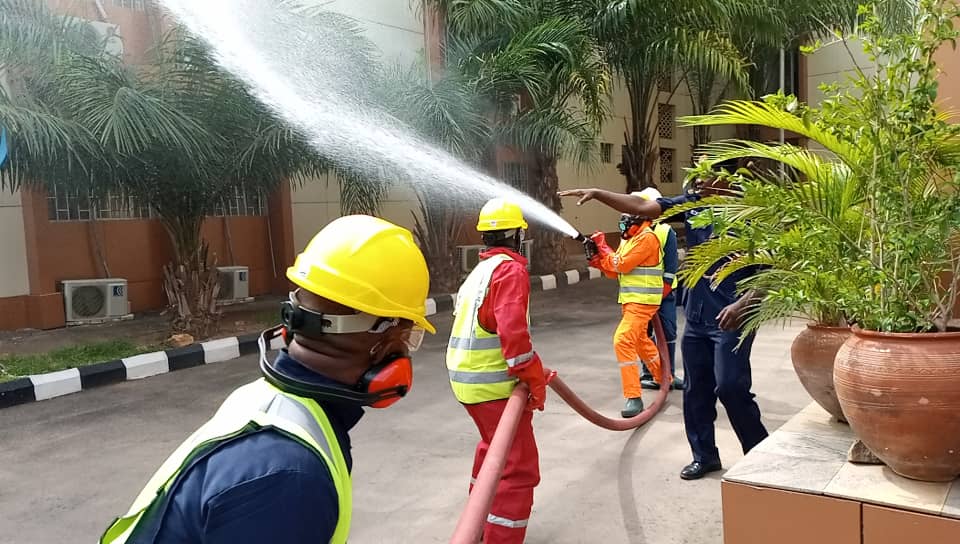 We are under lockdown but still providing skeletal services, especially to provide cash for ATM. There was a fire alarm and a few staff in the building moved out. Because of the thickness of the smoke, we had to call the fire service to assist. After the whole thing was controlled, it was discovered that it was from an air conditioner in the inverter room.

Obasanjo Calls For Restructuring To Save Nigeria From Collapse

R. Kelly Found Guilty, To Spend The Rest Of His Life In Prison

FRSC To Go After Wanted Traffic Offenders From Monday