The effort of the government to cushion the impact of the COVID-19 pandemic on residents of Lagos has received a boost as ten thousand residents will benefit daily from a feeding programme put together by Rendeavour.

A statement by officials of Africa’s largest private city developer and partner to the Lagos State Government on the Alaro City project said that this initiative would be the largest private sector-led free food programme in Lagos.

According to the statement, Rendeavour will work closely with Alaro City and selected non-governmental organisations to kick-start the initiative with a focus on their host community, Epe, and on Lagos Island.

Rendeavour also stated that the initiative took a cue from Governor Babajide Sanwo-Olu’s Daily Food Kitchen Programme and that this development comes days after the Lagos State government announced the commencement of a daily food kitchen programme targeted at feeding 100,000 youths across various areas in the state.

Founder and Group CEO of Rendeavour, Stephen Jennings, commended Governor Sanwo-Olu for his leadership and laudable efforts at tackling the spread of the pandemic in the state while promising that the organisation will continue to support the government. 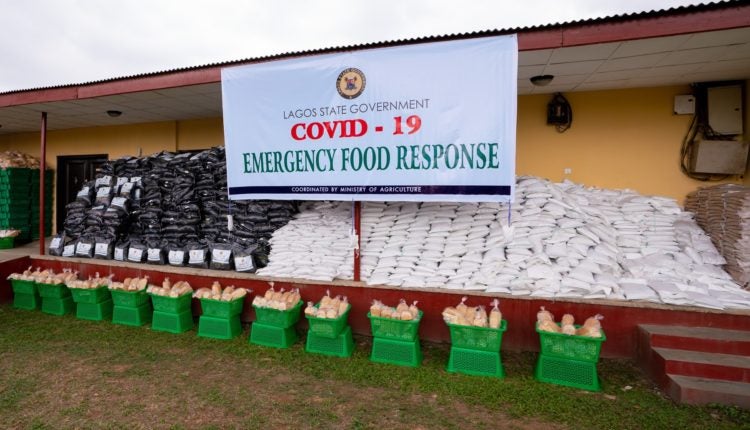 Governor Sanwo-Olu has led commendably from the front in the battle against COVID-19 in Lagos, to the admiration of all, including the international community.

These are difficult times, no doubt, but I am optimistic that Nigeria will be among the fastest nations to shrug off the effects of this pandemic.

Other initiatives by Rendeavour and Alaro City targeted at cushioning the effect of the lockdown include the distribution of relief items which commenced in Epe two weeks ago.

It was also gathered that the company is also rolling out a civic education campaign aimed at boosting awareness of effective ways of combating the pandemic.

Also, top executives of the organisation have partnered with the Lagos branch of a global business leadership community in funding the construction of a COVID-19 treatment/isolation centre in Lagos.

Uche Maduagwu says he was paid N4.8M over staged fight with Jim Iyke

US Includes Nigeria To Blacklist On Religious Freedom