Nigerian governors have called on the Federal Government to reform the mode of distributing palliatives to vulnerable Nigerians affected by the Coronavirus (COVID-19) pandemic.

The Chairman of the Nigeria Governors Forum and Governor of Ekiti State, Kayode Fayemi, on Tuesday, briefed President Muhammadu Buhari on the limitations of the distribution of palliatives to vulnerable persons to curb the economic impact of COVID-19.

The details of the meeting, held via teleconferencing, were made available through a statement signed by the NGF spokesperson, Abdulrazaque Bello-Barkindo.

Governor Fayemi informed the president that there are people from the informal sectors who live on daily income and are yet to be included in the World Bank assisted scheme, the National Social Register.

He noted that such persons are exempted from the Conditional Cash Transfer programme while making reference to the “Ecuadorian Alternative“ where the poor and vulnerable people flocked the streets in violation of the stay at home order in their country. 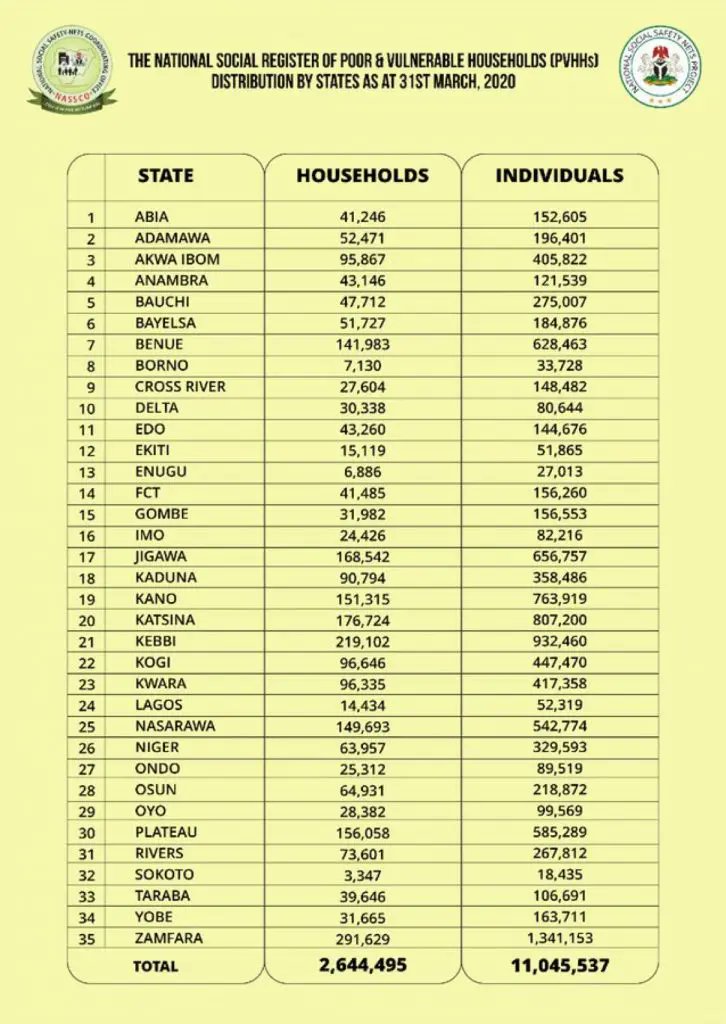 Fayemi stressed that the plight of Nigerians, not captured by the scheme, needs to be quickly addressed before the situation gets out of hand.

The NGF chairman also urged the president to instruct the relevant authorities to use the machineries of the state governments “so that the palliatives would penetrate all nooks and crannies of the country.”

The official explained that the “palliatives would be even more meaningful if they were distributed through the state governors.”

President Buhari, in his first national address on the COVID-19 outbreak, two weeks ago, ordered palliatives be given to poor Nigerians who are considered the most affected during the ongoing lockdown in three states.

The Minister of Humanitarian Affairs, Sadiya Farouq, said her ministry had begun the distribution of N20,000 each to the households captured in the NSR.

However, there have been widespread controversies surrounding the identification and selection of vulnerable persons in the NSR, with the leadership of the National Assembly calling for a total review of the process.

Meanwhile, Nigerians on Tuesday, following the President’s address, took to the social media to ask the Federal Government to make payments to their bank accounts through their Bank Verification Number, BVN.

This saw the trend #payuswithBVN on Twitter with many Nigerians calling for transparency on the part of the government.