China has denied in strong terms claims that its cities are maltreating Africans after several African governments expressed their displeasure.

There have been reports of Chinese landlords and hotel managers ejecting Africans in the Chinese city of Guangzhou over fears that they are importing fresh cases of the coronavirus in the Asian country.

In viral videos, some of the affected African migrants living in the Guangdong and Fujian Province have accused the Chinese government of failing to protect them.

They have also expressed fear that they may contract the virus since they have been forced out of their homes.

Black people are currently not allowed to access public places including malls, restaurants and hospitals. We have been evicted by our landlords and chased out of hotels   because of Coronavirus.

In an open letter from the All African Association of Guangzhou, community leaders asked for an end to “the inhuman treatment, hatred, and outright discrimination of Africans that is currently going on in Guangzhou.”

This has prompted African governments and the African Union to raise concerns and demand an end to such discrimination.

We do not have discrimination in China against African brothers.

He, however, accused the United States of fueling an agenda to destroy China’s relationship with African nations. 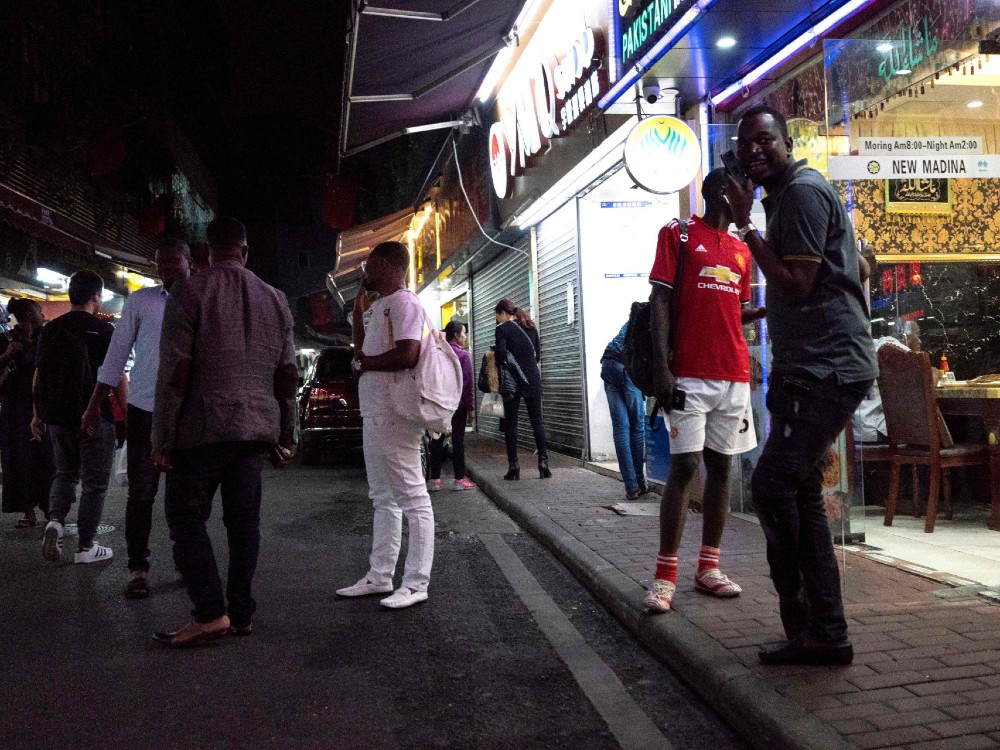 It is irresponsible and immoral for the U.S. to sow discord. Its attempt to drive a wedge between China and Africa will never succeed.

He also stated that new measures have been rolled out in Guangdong and that Beijing is working at resolving the concerns of African nations.

In a separate statement the Chinese foreign office explained:

The Guangdong authorities attach great importance to some African countries’ concerns and are working promptly to improve their working method.

The measures include to provide health management services without differentiation, to designate hotels for the accommodation of foreigners required to undergo medical observation and adopt price adjustment for those in financial difficulties; to set up effective communication mechanism with foreign consulates-general in Guangzhou; and to reject all racist and discriminatory remarks.

The Chinese people always see in the African people partners and brothers through thick and thin.

China-Africa friendship is unbreakable as it is deeply rooted in this land. African friends can count on getting fair, just, cordial and friendly reception in China.

Guangzhou is home to one of China’s largest African communities and has become a hub for African traders buying and selling goods to the continent.