Following the continuous fight against the Coronavirus (COVI-19) pandemic, President Muhammadu Buhari, has said that the lockdown imposed on Lagos, Ogun, and Abuja, would last as long as necessary, stating that he would be relying on experts’ advice on the issue.

A statement by the Senior Special Assistant to the President on Media and Publicity, Malam Garba Shehu, following the end of the initial 14-day lockdown, appealed to Nigerians to remain at home in the interest of the entire country.

The President stated that there was no cure for COVID-19 yet and complying with the stay-at-home directive was necessary to avoid dire consequences. 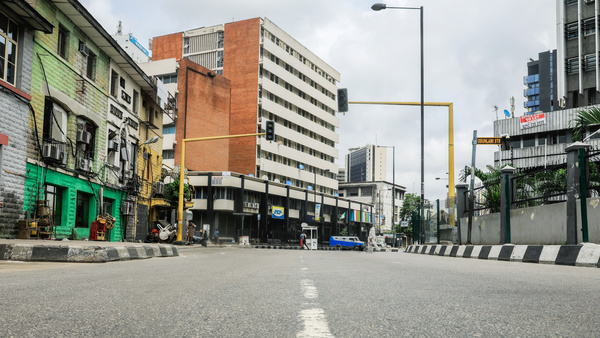 The freedoms we ask you to willingly forsake today will only last as long as our scientific advisers declare they are necessary. But they are essential, world over, to halt and defeat the spread of this virus.

Meanwhile, Nigeria has recorded 13 new cases of the disease, bringing to 318 the total number of confirmed cases in the country with 70 discharged.

The Nigeria Centre for Disease Control, NCDC, announcing this on Saturday, said Lagos recorded 11 new cases, while Kano and Delta states recorded one each.

A breakdown of the figures showed that Lagos has 174 cases, FCT had 56, Osun 20, Edo 12, Oyo 11, Ogun seven, Bauchi and Kaduna six each, Akwa Ibom- five, Katsina- four, Delta- three, Enugu, Ekiti, Rivers, Kwara and Ondo two each, while Benue, Niger, Anambra and Kano have one each.

Abuja and Lagos State, yesterday, announced that they had discharged four new COVID-19 patients, respectively, while Kano recorded its index case of the deadly virus.

In the meantime, religious leaders in several parts of the country were have called on the state governments to relax the lockdown orders, but the Director-General of the Progressive Governors’ Forum, PGF, Dr Salihu Lukman, said that due to the poor state of hospitals in the country, the experiences of Italy, Spain, United States, and France might be nothing compared what would happen to Nigeria if the government was unable to contain the spread of the virus.

FG Directs All School To Reopen