The Republic of Chad, has issued Nigeria an April 22 ultimatum to reoccupy territories Chadian troops seized from Boko Haram because it will withdraw its forces from those locations by that date.

President of Chad, Idris Derby, said that he had warned the two countries that his forces would move out of the bases seized from the jihadists by April 22, whether the Nigerian armed forces move in or not.

President Derby, speaking in an interview, disclosed that his troops deployed to fight jihadists in the Lake Chad region and the Sahel will no longer take part in military operations outside national borders.

Our troops have died for Lake Chad and the Sahel. From today, no Chadian soldiers will take part in a military mission outside Chad.

The Chadian president’s position represents a widening crack in the coalition, which he said was the outcome of poor commitment to the war against insurgency by other coalition partners.

Leader of the terror group, Abubakar Shakau, appealed to his fighters not to be deterred by the onslaught against them by the Chadian soldiers after President Derby led his troops in a counterattack that decimated about 1,000 Boko Haram fighters. 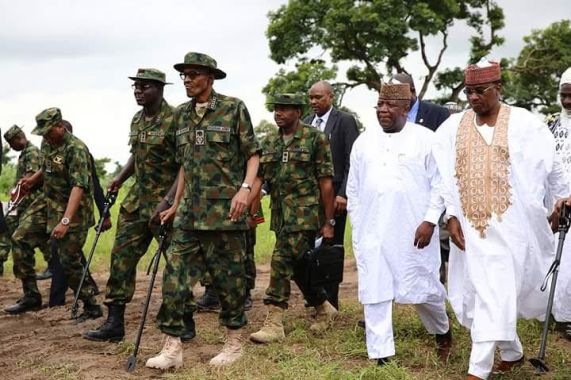 Chadian armed forces said they had wound up the operation against Boko Haram in the Lake Chad region, revealing that 52 soldiers have been lost and a thousand jihadists killed.

The operation, according to reports, was launched after 98 Chadian soldiers were killed in a Boko Haram raid on a base at Bohoma in the lake’s marshlands on March 23; the biggest one-day military loss in the country’s history.

The four countries bordering the lake including Nigeria, Chad, Niger, and Cameroon and the Benin Republic, had, in 2015, set up the military coalition, MNJTF, to fight the terror group. But Chad, which has some of the strongest armed forces in the Sahel, showed frustration with the MNJTF following the Bohoma losses.

Lamenting the slow response of other countries to the crisis, President Derby said:

Chad is alone in shouldering all the burden of the war against Boko Haram.

In announcing the end of the offensive on Thursday, the army said its troops had expelled jihadists from Chadian soil and had advanced deep into Niger and Nigeria.

How I Was Detained, Tortured In Kenya For Eight Days – Nnamdi Kanu