MI Abaga Challenges Producers To A Battle Of Hits

Nigerian ace rapper, Jude ‘MI’ Abaga has challenged producers on to a battle of hits on social media.

He made this known through a tweet he shared on Friday.

The battle of hits is the latest competition trending among Nigerian producers and artistes on social media.

Producers who have previously participated in the battle of hits include: Sarz and Shizzi, Masterkraft and Pheelz, Kel P and Rexxie and MI Abaga seem ready to join the trend.

The rapper announced that he wants to do an Instagram battle of hits with any producer who “is in his level.” 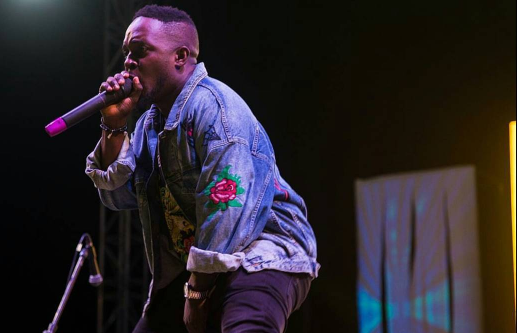 He, however, stated that producers like Don Jazzy, Sarz, Choppa, Del B, and MK were disqualified from participating while bragging that as long as he is battling anyone who is not among the producers he mentioned, he would win.

I want to do a production IG battle.. with my mate oh.. anyone that isn’t Jazzy MK Sarz Choppa Del B I am ready!!!! And I go still win #WhoWantsItWithMe???”

Mercy Aigbe Steps Out In Mini-Skirt, Kazim Adeoti, Others React