The Economic and Financial Crimes Commission, EFCC, has reacted to an allegation against its acting chairman, Ibrahim Magu, by a U.S. senator, Charles Grassley, over plans to repatriate the $300 million stolen by late former Head of State, Sani Abacha.

The U.S. Republican senator had held that the President Muhammadu Buhari-led administration has a high record of human rights violations and thus such funds should not be returned to Nigeria.

In his letter dated April 1, and addressed to the Chief Money Laundering and Asset Recovery Section of the U.S. Department of Justice, Deborah Connor, the lawmaker made reference to a Bloomberg report which exposed how the governor of Kebbi State, Atiku Bagudu, helped the late Abacha launder billions of Naira.

The lawmaker also accused both the Attorney-General of the Federation, Abubakar Malami, and the EFCC boss, of being “agents of oppression of Mr Buhari’s political opponents.”

Part of the letter reads:

In 2014, the Isle of Jersey, a British dependency seized more than $320m laundered by the corrupt former dictator of Nigeria, General Sani Abacha. After a long legal battle, the Isle of Jersey and the United States have entered into an agreement to repatriate this money back to Nigeria in the coming months.

Yet, according to a recent Bloomberg article, the current Nigerian government is refusing to help the U.S. Department of Justice finalise a second forfeiture action against a separate $100m in Abacha loot.

The Federal Government through the Attorney-General of the Federation, Abubakar Malami, also reacted to Mr Grassley assertions in a statement, describing it as baseless. 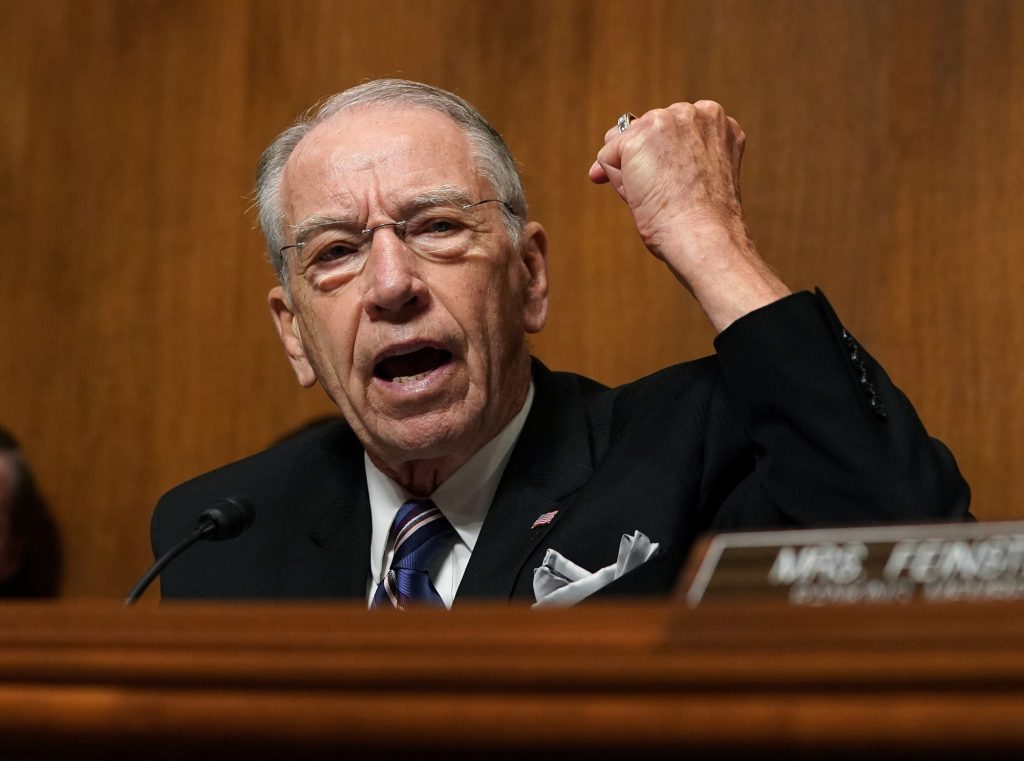 EFCC’s acting spokesperson, Tony Orilade, in a statement, dismissed the allegation, noting that the commission has spearheaded the transparent management of looted funds over the years.

The anti-graft agency added it would not be dragged into any controversy over an allegation “that has no fact or any iota of proof.”

The commission said Mr Grassley lacks basis for linking the EFCC and Magu “with any oppressive or separatist agenda against government opposition.”

The allegation clearly has no bearing with the operations of the EFCC nor address(es) the painstaking efforts of Magu in tackling the menace of corruption, without fear or favour.

The EFCC is involved in the processes of repatriation of the looted $300 million by the former Head of State, Gen. Sani Abacha.

He said the EFCC was focused on the tripartite agreement on the repatriation of the $321 million Abacha loot.

The AGF had, in January, announced moves by the Federal Government to recover the loots, alongside other assets linked to a former governor, James Ibori and an ex-Minister of Petroleum Resources, Diezani Alison-Madueke.

As an anti-graft agency, the Commission has credible records of managing recovered funds and assets. It is rather unfortunate that the ranking U.S. Senator, in a desperate bid to frustrate the repatriation of the funds, embraced the well-worn antics of some unscrupulous elements in the country.

We wish to reiterate that the EFCC under Magu is too focused on the anti-graft agenda of the government to be distracted by such empty claims of the lawmaker. Grassley and his sponsors are clearly on quicksand on this issue.

What I want in a Nigerian President