While the president also pardoned 41 inmates across correctional centres in the country, the 36 state governors are also expected to grant pardon to about 2,600 inmates across their respective states.

Also, as fine for 885 prisoners who have failed to meet up with the condition needed for their release, N21.4 million is to be paid by the Federal Government.

The Minister of Interior, Mr Rauf Aregbesola, told reporters in Abuja that the pardon for the inmates was in furtherance of the Federal Government’s resolve to promote social distance culture in the correction centres, as part of efforts to curb the spread of the Coronavirus (COVID-19) pandemic.

Meanwhile, the late Enahoro, an anti-colonial and pro-democracy activist, was involved in the old Western Region crisis of 1962 and accused of treason along with the late Premier of the defunct region, Chief Obafemi Awolowo.

Findings revealed that he moved to England to escape trial but was extradited and convicted for the offence.

The late Alli, it was gathered, was among the governors convicted by a military tribunal, set up by Buhari, for corruption when he was a military leader in 1984 after overthrowing the civilian administration of the then President Shehu Shagari.

The tribunal sentenced Alli to 100 years in prison for allegedly misappropriating N983, 000 for a road project. 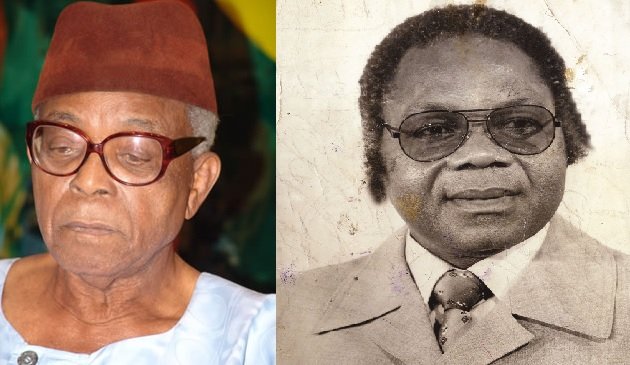 At the press conference, Aregbesola said the about 250 facilities across the nation were inadequate to accommodate the over 74,000 inmates in their custody.

The former Osun State governor explained that the amnesty would not apply to inmates sentenced for violence or extreme offences such as terrorism, kidnapping, banditry, rape, human trafficking, and culpable homicide.

We still have challenges with accommodation. Our about 250 facilities are inadequate to house the over 74,000 inmates in our custody presently. You will recollect that last month we turned the sod for the construction of a 3,000-capacity custodial centre in Abuja.

A bigger issue that will positively affect accommodation at the correctional centres is the review of criminal justice administration with regards to the inmates. For instance, our last audit shows that a disproportionate number of inmates are Awaiting Trial Persons, ATPs.

I am pleased to inform you that five ex-convicts recommended for presidential pardon have been so pardoned. They are the late Prof Ambrose Ali, the late Chief Anthony Enahoro, ex Lt. Col. Moses Effiong, Major E.J. Olanrewaju and Ajayi Olusola Babalola.

In a symbolic gesture of the amnesty given to the 2,600 inmates across Nigeria, 41 federal inmates and 29 FCT inmates making a total of 70 inmates who met the above criteria will be released today(yesterday) from the Kuje Custodial Centre in Abuja.

This amnesty will not apply to inmates sentenced for violent extreme offences such as terrorism, kidnapping, banditry, rape, human trafficking, culpable homicide and so on.

The governors of the 36 states under whose jurisdiction most of the inmates were incarcerated will complete the exercise in line with the federal principle.

I won’t leave my man because he cheats… all men cheat, even Pastors and Rev Fathers – Actress Ruth Eze