Former Ecuador President, Rafael Correa, has been sentenced to eight years in prison for corruption while in office.

Correa, who was sentenced in absentia, was president from 2007 to 2017 but now lives in exile in Belgium, where his wife was born. He was one of 18 people convicted of bribery, the office of the Attorney-General said on Twitter.

Correa, who has always claimed to be a victim of political persecution and accuses his country’s judges of complicity, slammed the sentence.

The former president took to Twitter to express react to the sentence. He tweeted:

I know the process and what the judges say is a LIE. They’ve proved absolutely NOTHING. Pure false testimony without evidence

Correa, according to the office of the Attorney-General was found guilty of accepting funds from private businesses for his 2013 election campaign in return for state contracts. 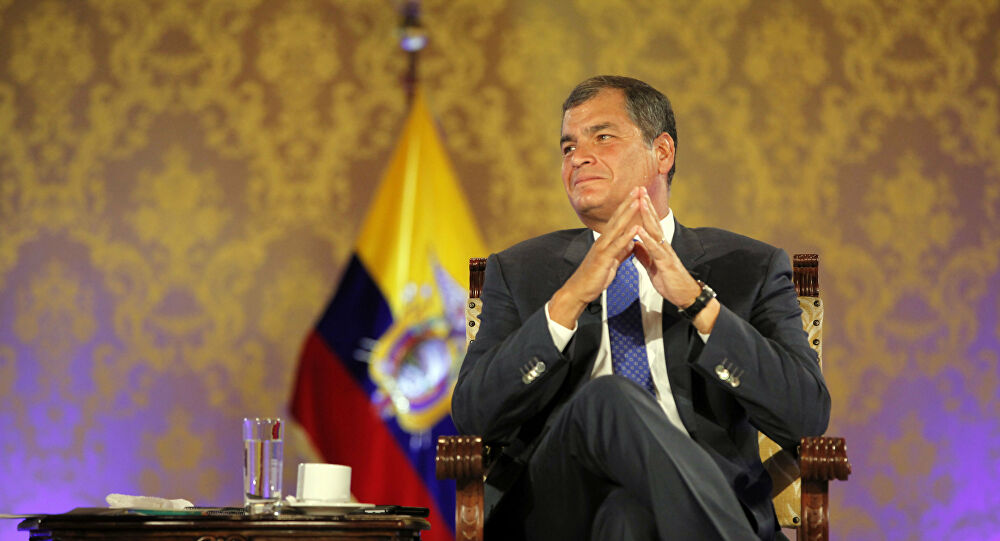 Among the others sentenced on Tuesday was former Vice-President, Jorge Glas, who had already been sentenced to six years in prison in a separate case for accepting a bribe from Brazilian construction giant, Odebrecht.

The court also banned all those convicted from participating in politics for 25 years.

This was what they were looking for: manipulating justice to achieve what they never could at the ballot box,” said the leftist Correa, who turned 57 on Monday.

The former President stressed that he was concerned for his colleagues, adding that:

For sure we’ll win (an appeal) at the international level because all this is ridiculous.”

Correa, born to a lower, middle-class mestizo family in Guayaquilan, having served as President of the South American country, was also the leader of the PAIS Alliance political movement from its foundation until 2017.

Findings also revealed that Correa is a democratic socialist, with his administration focusing on the implementation of left-wing policies. He served as president pro tempore of the Union of South American Nations.

I Used To Be A Carefree Woman – Faithia Williams