The Nigerian National Petroleum Corporation, NNPC, has said that it would no longer cap the price at which fuel is sold in the country in the form of subsidy payment or under-recovery cost.

In a tweet via its official handle on Monday, the state-owned oil company quoted Mele Kyari, its Group Managing Director, as saying:

As at today, subsidy/under-recovery is ZERO. Going forward, there’ll be no resort to either subsidy or under-recovery of any nature.

NNPC said rather than determining the prices at which the commodity is sold in the domestic market, it will be another player in the market space.

But we’ll be there for the country to sustain security of supply, at the cost of the market,” it said quoting Kyari.

For the second time in two weeks, the Federal Government reviewed the petrol price downward to sell at N123.5 per litre effective April 1, 2020.

Following the current developments in the international market, the NNPC GMD said the key issue in crude oil business is market fundamentals of demand/supply.

I believeCOVID-19 will subside and countries will come back to life. I don’t see oil price going below the $20 we saw last week. I’m certain, all things being equal, oil price will bounce back. 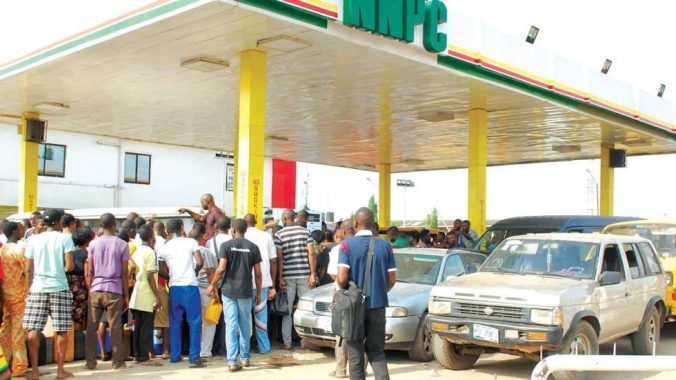 If oil prices maintain the upward movement, having risen to $34.11 at the weekend, and going by moves by Organisation of Petroleum Exporting Countries (OPEC) and allies to agree on a deal, the relief on the pump price of petrol might be a short one, as the government might have to revert to the pre-existing template of N145 per litre.

My interpretation is that the NNPC will regularly set pump prices for fuels at regular intervals at levels to ensure that they do not make profit or reflect all their cost.

The free market does not entail fixing prices. Once prices are fixed by government, then you shouldn’t be talking about free market.

In the meantime, some stakeholders have raised concerns about the sustainability of monthly pricing template, considering that marketers stock products to meet demand and uncertainty in price affects the margins of the business.

According to a professor of economics and former president Nigerian Association for Energy Economics NAEE, Wumi Iledare:

Setting the price is wrong. Government needs to take their hands off. The laws of demand and supply should reflect in the pump prices.

Iledare advised that government must take advantage of the current development to liberalise or restructure the market to readjust itself going forward in proportion to changes in crude oil prices and exchange rates.

Total To Change Name To TotalEnergies Under Transformation Strategy

BBNaija’s Thelma shades Tacha on Twitter as she shows off N2.7M cheque