Due to the Coronavirus pandemic ravaging the world, the Nigerians in Diaspora Commission, NIDCOM, has been registering Nigerians living in the United Kingdom, United States, China and other West African countries for their evacuation.

Chairperson, NIDCOM, Abike Dabiri-Erewa, had last week urged Nigerians residing abroad who are willing to return to Nigeria to notify the Nigerian missions in their respective countries.

The Nigerian Consulate in New York, United States, in response to the directive, announced via a statement that it had begun compiling names of Nigerians willing to return home.

Highlighting efforts to evacuate Nigerians, the Nigerian Foreign Service Officer at the Nigeria Embassy, Mr Hakeem Balogun, said the stranded Nigerians agreed to foot their bills and be quarantined on arrival in Nigeria. 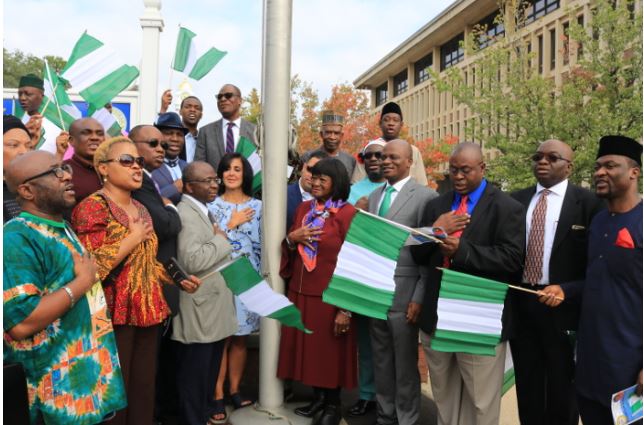 According to him, the commission had been receiving emails from other interested Nigerians overseas about the modalities for their evacuation.

Nigerians are responding overwhelmingly from China, UK, US and also from West Africa. We can’t quote a figure because the registration is still ongoing.”

A lot of people have been sending emails to us. The response has been overwhelming. Some said they were ready to be quarantined on their return to the country;

They are ready to pay for the evacuation. Some also have their air tickets but they could not come before the lockdown order was implemented,” Mr Balogun said.

This is coming on the heels of the United States evacuation of its 38,296 citizens from Nigeria, Ghana, Benin Republic, and 75 other countries on account of the coronavirus pandemic.

Meanwhile, the Minister of Foreign Affairs, Geoffrey Onyeama, during a briefing by the Presidential Task Force for the Control of COVID-19, said that the government would work out the evacuation logistics after the exercise.

He also advised Nigerians abroad to stay where they were to avoid the risk of contracting the virus.

We have written letters to our embassies to give us an indication of the number in their countries and once we have that, we would be able to look at the issue of logistics and how to bring them back.

We should also bear in mind that the medical people have said that it’s better to stay where you are if you can but you stand a much better chance of catching the virus if you are travelling up and down.”