Two soldiers have been arrested by the Nigerian Army in connection with the viral video that saw them threatening to rape and infect Delta State women with HIV/AID.

According to findings, the two soldiers, in the 26-second video, claimed that a soldier was killed on Thursday by residents of Warri, just as they stated that they would attack Warri women as an act of revenge.

The video, after the killing of a 28-year-old man, surfaced on Thursday in Warri, in the face of the subsequent clash between residents and the soldiers who were enforcing the stay-at-home order by the Delta State government, as part of efforts to check the spread of the COVID-19 pandemic. 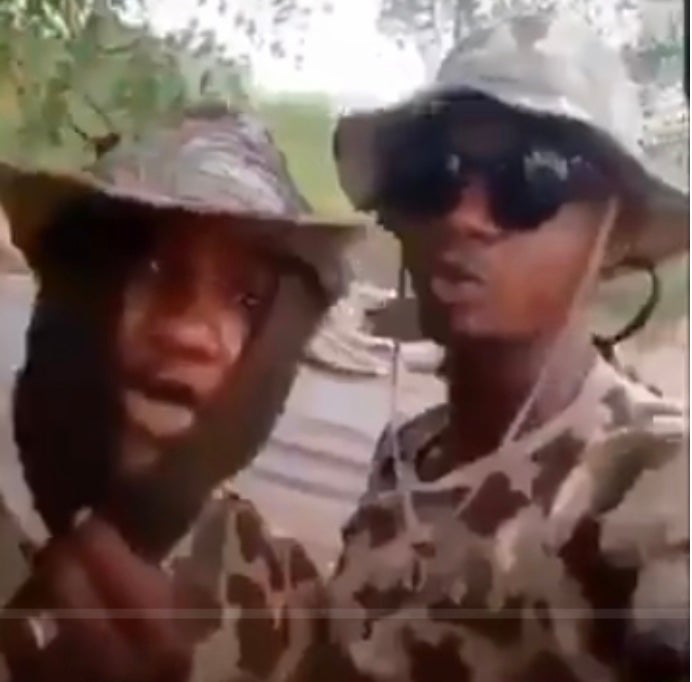 Debunking the claims of the soldiers, the Delta State Police Command explained that the slain man, identified as Joseph Pessu, was killed by soldiers, while also saying that no soldier was killed in the state.

Reacting to the development, the Nigerian Army, in a Twitter post, late on Friday, said the soldiers in the video have been arrested at 9 Brigade Ikeja Military Cantonment, Lagos State, and that they are being investigated.

Although it failed to reveal the identity and rank of the arrested soldiers, the army said: “The general public should be assured that the investigations will be swift and fair in accordance with applicable military laws. The outcome of the investigations will determine the most appropriate disciplinary measures that can be taken in the circumstances.”

The army added that it would not tolerate any form of irresponsibility and indiscipline from its officers.

Many dead as Boko Haram, ISWAP clash in Lake Chad

BBNaija: Lilo Opens Up On Her Relationship With Eric, Says ‘She Got Carried Away’