Faaiq Tijani: The Tale Of A Future World Champion

by Emmanuel Onminyi
in Opinion
0

A society that values the future, invests in the lives of its young because they are, unarguably, the leaders of tomorrow.

Across borders, men, women have distinguished themselves in their respective endeavours, with their names written in the sands of time for the records they created and the ones they broke.

However, their stories are never complete without their early beginnings, as the journey to stardom starts from the deep.

This is the case as the world braces up to see a special talent who is bent on putting his country’s name on the world map, as one of the countries to watch out for when swimming is mentioned.

The name, Faaiq Tijani, may not seem very popular among Nigerians and sports lovers, he has, however, sold himself across the borders of the country with a stellar performance at the World School Championship which held this year in Dubai, the United Arab Emirates.

Listed as part of Grange School’s contingent that represented Nigeria at the sports championship which featured several events including football, athletics and swimming, the efforts of Ore Alabi, Tobi Alonge, and the captain of the side, Jordan Demuren, caught the eyes of many who witnessed sublime performances from these young Nigerians. 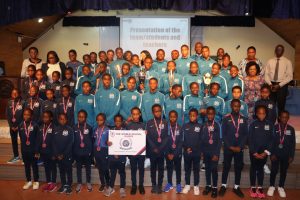 “I know how much work and passion these students put into preparing for this competition, this is what makes this victory so heart-warming and inspiring. I am so proud of every single one of them; this victory proves that hardwork and dedication pays, and I know they will carry this victory as a symbol of hope and perseverance throughout their lives.” 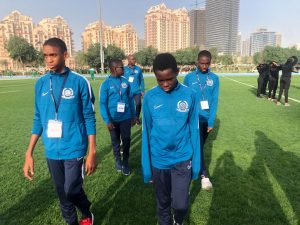 The remarkable performance of the 12-year-old swimming sensation, meanwhile, ensured that the Nigerian team finished as overall winners of the annual sporting event in the Arabian nation.

Having seen action at the primary school level, the experience of young Faaiq came to play in the butterfly event, as the Nigerian side took on all comers, showing the world the power of Naija.

Asked what his aspirations are in the near future, the soft-spoken, dark-skinned aqua star was quick to state:

“I think after next year, I’m going to start more rigorous training. I’m going to try and achieve my goal of working with the Great Britain and Nigeria, to represent them.”

In a country with a host of riverine communities but no swimmers to represent them at the highest level, it’s about time the most populous black nation on the face of the earth turned to the young man brimming with so much confidence and promises. 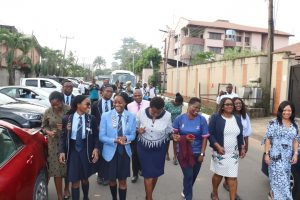 With the National Sports Commission ever ready to send Team Nigeria to every edition of the Olympics without a swimmer, perhaps, it is about time the Nigeria Swimming Federation tapped this promising talent before Nigeria lose him to the Great Britain like the country lost talents to other countries.

Like a great swimmer, Mark Spitz, once said: “If you fail to prepare, you’re prepared to fail.”

Faaiq has declared his preparedness for the future, is the NSC ready? The failure or success of this young man is not just dependent on his own preparation but that of the country that takes him seriously- Nigeria or the Great Britain. 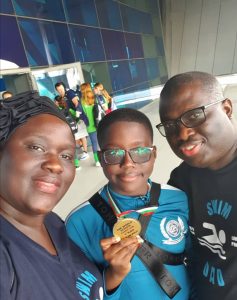 To this end, you may want to ask, what is football without Messi or Cristiano Ronaldo? What is boxing without Anthony Joshua or golf without Tiger Woods? These men have brought joy and excitement to the followers of their respective sports.

Perhaps, one day, we would have to ask, what is swimming without Faaiq Tijani? Time will surely tell.

But then, truly, today’s champions are tomorrow’s leaders.

5 things anyone investing in Nigeria’s creative industry should know

Made in Nigeria, Only for Nigerians

NGX Reiterates Commitment to Democratize Finance in Nigeria Through Technology