See Numbers To Call When Violated By Security Agents

The National Human Rights Commission, NHRC, has issued directives on how Nigerians can report security agents who violate their human rights while enforcing the lockdown order given by President Muhammadu Buhari in some states.

The Commission said it took the step following reported cases of human rights violations by security operatives enforcing the government’s directives on COVID-19.

The human rights agency has, therefore, directed its staff to monitor and document all cases of human rights violations across the country for necessary action. 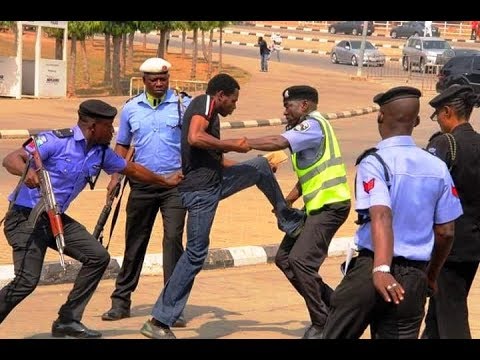 The Secretary of the Commission, Tony Ojukwu, in a statement issued on Wednesday said: “Members of the public can either report by telephone calls or text messages or video to relevant staff of the Commission.

“They are to ensure that such reports include the location of the violation, date, time of such violations including a clear description of alleged violators and their victims, gender and vulnerability (if possible, name,  Sex,  rank, and security outfit of security personnel(s) or official(s).”

The Commission listed Lagos and Ogun states as well as the FCT, where the Federal Government gave directives for a  2-week lockdown over the COVID-19, for close monitoring.

According to the body, any complaints of human rights violations should be reported for documentation and directed for redress to the Commissioners of Police of the three areas via:

Any complaints of violations involving the Military should be reported to the Commission for documentation and directed for redress to the Director Army, Civil-Military Affairs, 08057750691.

All cases of human rights violations involving the police should be reported to the Commissioners of Police of the various states and the offices of the Commission across the country.

The NHRC also said that members of the public, bystanders, and eyewitnesses who can get video coverage of any violations are encouraged to forward the same to the numbers designated by the NHRC for reporting and documenting human rights violations during the implementation of COVID-19 Regulations.

The Commission, therefore, urged law enforcement agencies to refrain from all forms of torture, inhuman and degrading treatment of Nigerians in the implementation of the government’s directives.

Bread Price May Increase By 50 Per Cent – AMBCN