As Nigeria intensifies her effort in eradicating the spread of COVID-19, Guaranty Trust Bank PLC, Nigeria’s multinational financial institution, has reiterated its decision to support the Lagos State government in its quest to rid the state of the pandemic.

Earlier, on Saturday, the bank, alongside the state, completed a new isolation and treatment centre at the Mobolaji Johnson Arena, as an additional measure to arrest the ravaging pandemic. 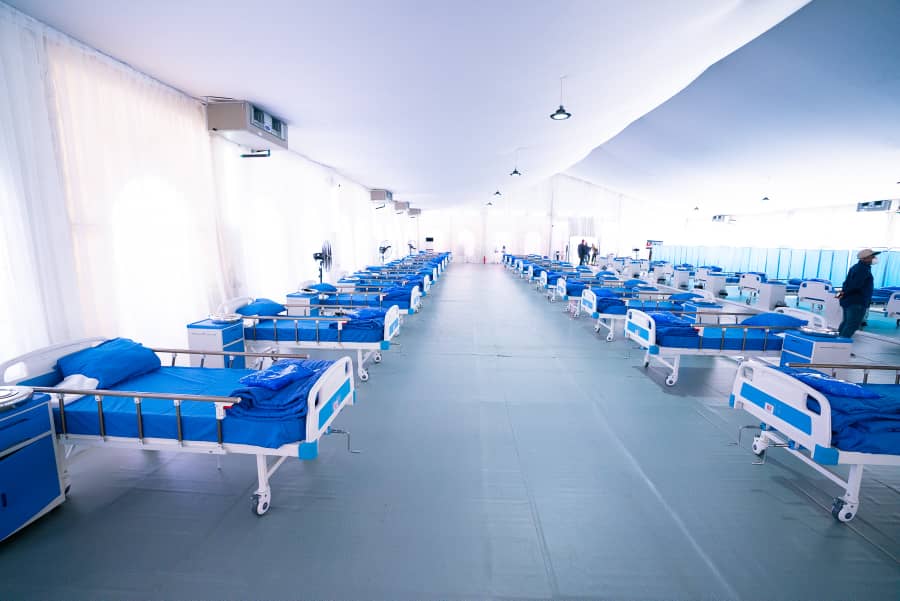 “I will like to first start by thanking the almighty God for allowing us to put this thing together in the short period of time which we have done. I will then like to thank Mr Governor and the people and the government of Lagos State, for giving us this facility and giving us the opportunity to at least put this together because, without the corporation of the state, this would never have happened.

While also praying that the bank continues to exist in 100 years and assuring that the financial institution will continue to work towards providing the best services to its teeming customers, he seized the event to thank all those who contributed in the set-up of the facility.

In the meantime, Lagos State currently accounts for the highest number of COVID-19 cases in Nigeria with 68 infected with the virus.

The state, as part of measures to curb the scourge, called for restriction of movements, in and out of the state.