by Christian Pulisic
in Coronavirus, News
0 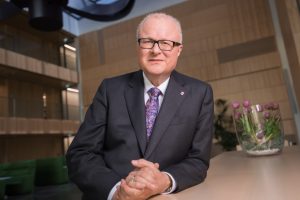 According to investigation report by the police and prosecutors, he appears to have killed himself and the state’s governor suggested Sunday that he was in despair over the fallout from the coronavirus crisis.

While the State governor Volker Bouffier  on Sunday, linked Schaefer’s death to the virus crisis.

Schaefer was worried about “whether it would be possible to succeed in fulfilling the population’s huge expectations, particularly of financial help.”

“I have to assume that these worries overwhelmed him,” Bouffier said. “He apparently couldn’t find a way out. He was in despair and left us.”

Bouffier recalled that Schaefer, who was Hesse’s finance chief for 10 years, had been working “day and night” to help companies and workers deal with the economic impact of the pandemic.

“Today we have to assume that he was deeply worried,” said Bouffier, a close ally of Chancellor Angela Merkel.

“It’s precisely during this difficult time that we would have needed someone like him,” he added.

He is survived  by a wife and two children.