Many Injured, Houses Destroyed As Police Reveals Cause Of Akure Blast (See video)

An explosion suspected to be bomb blast in Akure, the Ondo State capital, has left about 100 residential buildings, schools, churches destroyed in the early hours of Saturday.

The incident which occurred at about 1 a.m, less than a kilometre to Akure Airport, affected many residents of Eleyowo community.

According to residents of the area, they heard a terrifying loud band while they were asleep. They woke up to find out that properties had been destroyed. 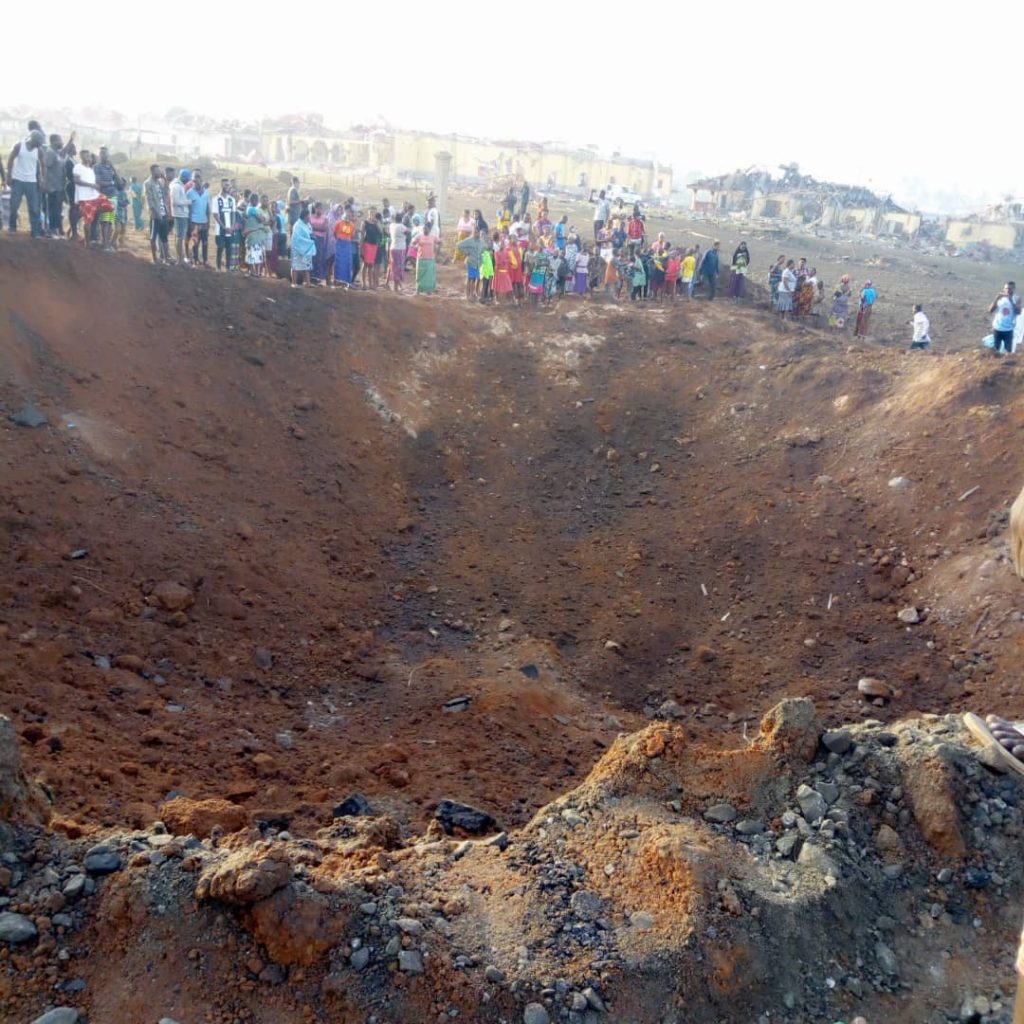 Also affected in the explosion was a full boarding school, Aina Awawul Secondary School; one of the most popular churches in Akure, Possibility Ground Ministry, as well as filling station and several other buildings.

Further findings showed that the road where the blast happened caved in, cutting off the Akure Expressway and hindering vehicular movement.

In the meantime, the Ondo State police command has confirmed that the explosion was caused by a truck conveying explosives to a quarry company in Edo State.

The Commissioner of Police, Ondo State, Undie Adie, stated: “The truck was flagged down by policemen at a checkpoint. They notified the truck driver of a flame of fire under the truck, it reportedly exploded when they came down to ascertain the cause of the fire.”

Reacting to the development, the governor of the state, Rotimi Akeredolu, via his verified Twitter account, assured residents of the state that he would be at the scene of the blast and assess the situation.

He tweeted: “I’ve been briefed by security agencies in the state concerning the loud blast that was heard in Akure. I will be at the scene to assess on the advise of heads of our security agencies. I ask that all citizens remain calm as we ascertain details of the incidence.”

The Akure blast is coming about two after the Abule Ado pipeline blast in Lagos State, which left several people dead and numerous properties destroyed.

Akure people will disappoint you
Ignore the voice but look at extent of the damage pic.twitter.com/DevxV2VkQl

Reps Set Up Committees To Determine Fuel Consumption, State Of Refineries In Nigeria