With the state currently ranking highest with the number of Coronavirus cases across the federation, Lagos State governor, Babajide Sanwo-Olu, has directed a dusk-to-dawn curfew in the state starting from Sunday, to allow the state to carry out comprehensive disinfection of the metropolis.

Governor Sanwo-Olu also revealed that the domestic wing of the Murtala Mohammed airport in Nigeria’s commercial capital will be closed to the public.

He said, “I am hereby directing a statewide curfew from 8pm to 6am, starting from Sunday until further notice. This is to enable us to carry out comprehensive disinfection of the Lagos Metropolis. 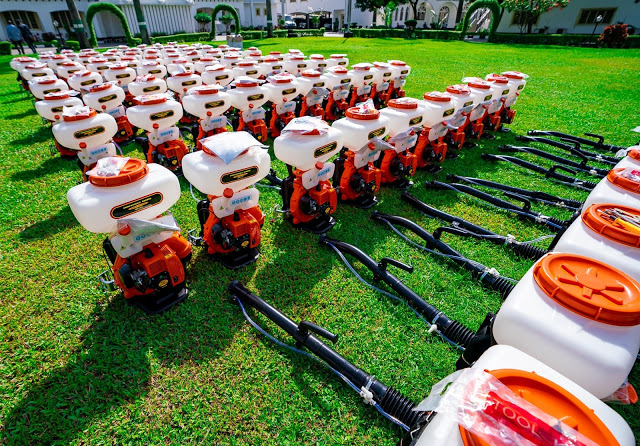 “I am pleased to note that we have taken possession of over 200 disinfecting machines, and starting today, we will be disinfecting all major highways, bus stops, markets, parks, and other public areas.

“With effect from Sunday, we will be closing the domestic airport in Lagos, the General Aviation Terminal and the MM2. All movements in and out of Lagos through the two domestic terminals will, therefore, be suspended from Sunday for two weeks in the first instance. The only exceptions will be flights carrying essential supplies and those on emergency operations.”

He further said travelling in and out of Lagos would be restricted on Sunday, while also adding that all inter-state motor parks should shut down for two weeks.

Recently, as part of measures to curb the ugly spread of the pandemic, the governor also signed into law the Emergency Coronavirus Pandemic Bill 2020 passed by the House of Assembly.

The law empowers the governor to punish violators of the shutdown policy.

Since recording its first case in February after an Italian tested positive to the pandemic, Lagos State has been in the news on a regular basis due to the increasing cases it has recorded in the last few weeks.

According to the Nigeria Centre for Disease Control, NCDC, Nigeria currently has 81 confirmed cases with Lagos accounting for 52 of them.

Why BBNaija Organizers ‘Blacklisted Me’ – Efe Opens Up In Latest Song