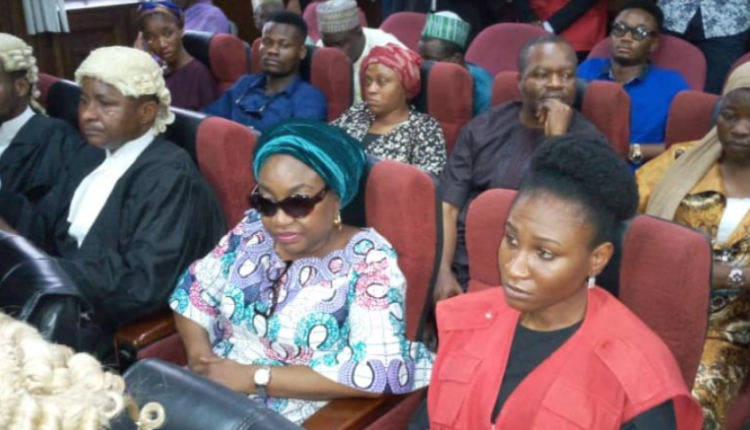 The Federal High Court in Abuja has granted the former Head of Service, Winifred Oyo-Ita, a N100m bail with sureties in like sum. READ ALSO: Former Bauchi Governors to return N1 trillion

The presiding judge, Justice Taiwo Taiwo, said that the sureties must be resident in Abuja and must be a civil servant not less than grade level 17 with property worth N100m while the other surety must show evidence of gainful employment.

He also noted that the sureties must depose to an affidavit to pay N100m in the eventuality that Oyo-Ita will be granted bail.

The two other defendants, Garba Umar and Ubonh Effiok were granted bail in the sum of N50m each.

Earlier, a statement signed by the EFCC’s acting spokesperson, Tony Orilade, on Sunday said that the commission would arraign Oyo-Ita for alleged N3 billion graft.

The ex-HOS was arrested August last year, for alleged abuse of duty tour allowance, money laundering and stealing of government funds and released on administrative bail after spending four days in the custody of the commission.

She was subsequently sacked in September after about N600 million was allegedly found in the bank account of her aide.

The EFCC alleged that about N3 billion, money said to be kickbacks on contracts, illegal estacodes and duty tour allowance received from the government, were traced to her.

Other defendants include U & U Global Services Ltd., belonging to Mr Effiok and Prince Mega Logistics Ltd.

The statement said: “During investigation, it was discovered that Oyo-Ita, in her roles in the civil service as Director, Permanent Secretary and Head of Service, used her companies as well as Effiok and Umar’s companies as fronts to receive kickbacks from contractors of various ministries and parastatals where she worked.

“The former head of service in collusion with Effiok who was her Special Assistant, along with one Titus Tomsin, made bogus claims of fictitious DTA, estacodes, conference fees which were paid by the government to the accounts of the suspects.”