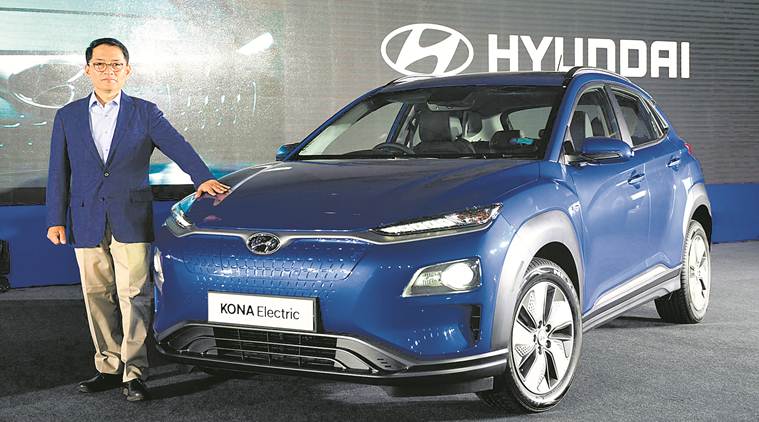 The all-new Hyundai Kona is set for official launch in a few months’ time as the production process has been onboarded.

When launched, Kona will be the first electric vehicle manufactured in Nigeria at Stallion’s VON.

According to the General Manager, Marketing, Stallion Group Motors, Arpita Roy Luthra, the technology is customer friendly and the car can be charged by plugging into an electrical socket at home or work.

Luthra stated: “KONA Electric will change the way people think about going electric. It would make history as the first EV in Nigeria with local manufacturing.”

Explaining further, Luthra added that when Hyundai Kona goes on sale in Nigeria, its owner would incur only N316 (N4x79kWat) to get a full charge, if he or she plugs the car onto public power supply.

When Stallion Group eventually fulfils its plan it would make history as the first EV to officially go on sale in Nigeria with local manufacturing.

The GM marketing also stated: “And without doubt, if the world trend is talk and love for fast, powerful and easier-to-maintain automobiles that are fit for a green planet, Nigerians are ready and itching to join. And courtesy of Stallion Group, year 2020 could be the beginning.”

In the meantime, while putting finishing touches to the National Automotive Industry Development Plan (NAIDP) for passage into law, the federal government of Nigeria, last year, laid bare interest in EV technology by assigning the University of Nigeria, Nsuka, University of Lagos, Usman Dan Fodio University and Metrological Institute for design and production of a made-in-Nigeria electric car. Less than a year after, UNN announced the completion of an EV put together with 80 per cent local content.

The Director-General of National Automotive Design and Development Council, Mr Jelani Aliyu, who represented the federal government at the unveiling ceremony of the car, did not only commend the institution for the achievement but also expressed President Muhammadu Buhari administrations resolve to support any company willing to invest in local manufacturing of electric vehicles.

Similarly, in his keynote address at an annual event of the Nigeria Auto Journalists Association held recently in Lagos, Aliyu described the EV technology as good news for Nigeria.

He said: “To tap from the trend, we have met and discussed with both electric vehicle and charging station manufacturers in China and Germany towards the pilot program.”

It would also be recalled that the Nigerian government, recently, signed an MOU with Volkswagen, Europe’s largest auto manufacturer and leading investor electric vehicles, to produce vehicles in Nigeria.