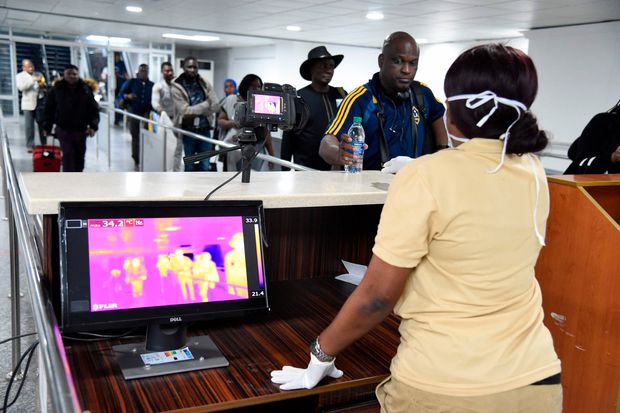 These countries have been reported to have the highest number of confirmed Covid-19 cases across the world.

This is the newest update after the Presidential Taskforce on COVID19 chaired by the Secretary to the Government of the Federation, Boss Mustapha, met on Tuesday.

The new directive is coming less than 12 hours after the government banned all foreign travels for public officials in the country, while the Senate also directed President Muhammadu Buhari to, as a matter of urgency, address the nation on the outbreak of the pandemic.

This is coming just as the Senate urged Buhari to ensure closure of borders to prevent coronavirus-infected persons from gaining access to the country.

The national address, according to the Senate said is for the President to tell Nigerians what effort the government is making to contain the virus.

The Senators are peeved that other Presidents around the world are addressing their citizenry and in Nigeria, Buhari has remained quiet.

Since the outbreak of the virus, the number of people who have died from the coronavirus globally has exceeded 8,000, while the number of infections has soared past 200,000, according to a tally by Johns Hopkins University.

In the meantime, the World Health Organization, WHO, has called for more aggressive action to curb the effect of coronavirus in Southeast Asia after the European Union, which is now at the epicentre of the pandemic, moved to seal off its borders.

Although Malaysia now has the biggest outbreak in the region, Southeast Asia is facing a wave of infections that started from an event at a mosque on the outskirts of Kuala Lumpur attended by some 16,000 people.

Ibukun Awosika Opens Up On Her Sack As First Bank Chairman

Benue People Against Terrorists, killer Herdsmen, Not Any Tribe – Ortom

Tinubu Too Weak, Too Old To Be President – Pete Edochie