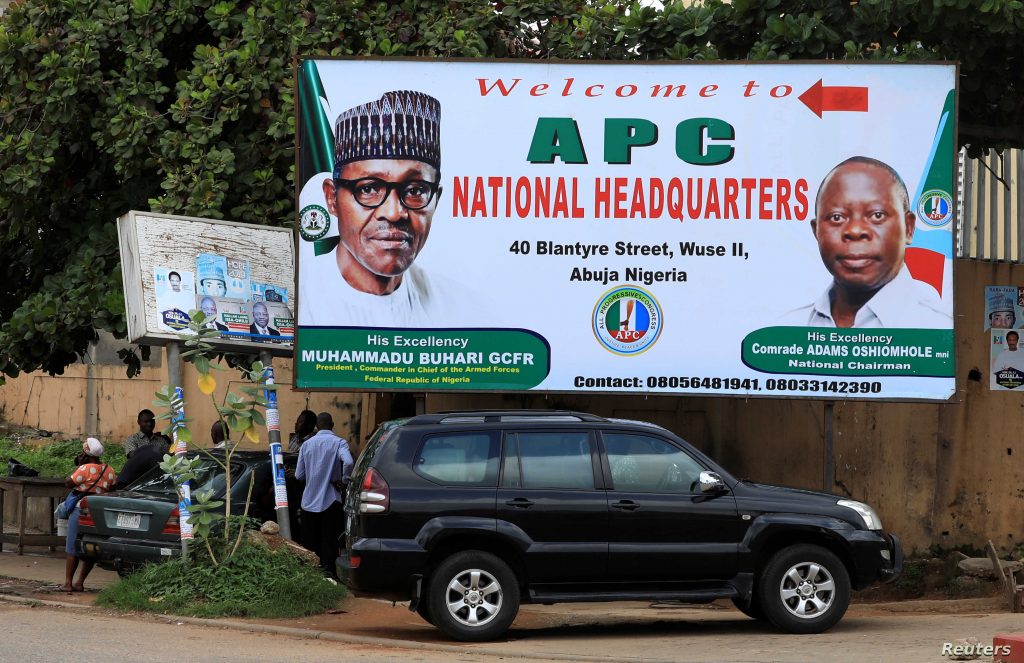 As part of efforts to bring a lasting solution to the crisis rocking the party, the National Working Committee, NWC, of the ruling All Progressives Congress, APC, has scheduled a meeting for Tuesday, to be presided by its embattled national chairman, Adams Oshiomhole.

According to a statement released by the party on Monday, the meeting will hold at the party’s national secretariat, Abuja, at noon.

The announcement came a few hours after the party cancelled its planned National Executive Council meeting following the intervention of President Muhammadu Buhari.

Victor Giadom, the deputy national secretary of the party, who claimed the leadership of the party after Mr Oshiomhole was suspended last week, called the meeting of key stakeholders of the ruling party.

The Court of Appeal in Abuja, earlier on Monday, stopped the March 4 verdict of the Abuja High Court suspending Oshiomhole as the party’s National Chairman.

A three-member panel of the appeal court led by Abubakar Yahaya ordered a stay of execution of the lower court order.

According to a statement issued on Monday night by the party’s spokesperson, Lanre Issa-Onilu, the APC enjoined all members of the NWC to attend the meeting saying that important matters concerning the party will be considered and deliberated at the meeting.

“A meeting of the National Working Committee (NWC) of the All Progressives Congress (APC) is scheduled for Tuesday, March 17, 2020 at the Party’s National Secretariat by 12 noon.

“All members of the NWC are expected to attend as important matters concerning the party will be considered and deliberated at the meeting.

The statement added: “Recall that a Court of Appeal on Monday stayed the execution order of a High Court restraining the APC National Chairman, Comrade Adams Oshiomhole from further acting in that capacity.”

The crisis rocking the APC, according to the national leader of the party, Bola Tinubu, was induced by the ambition of the party members ahead of the 2023 election.