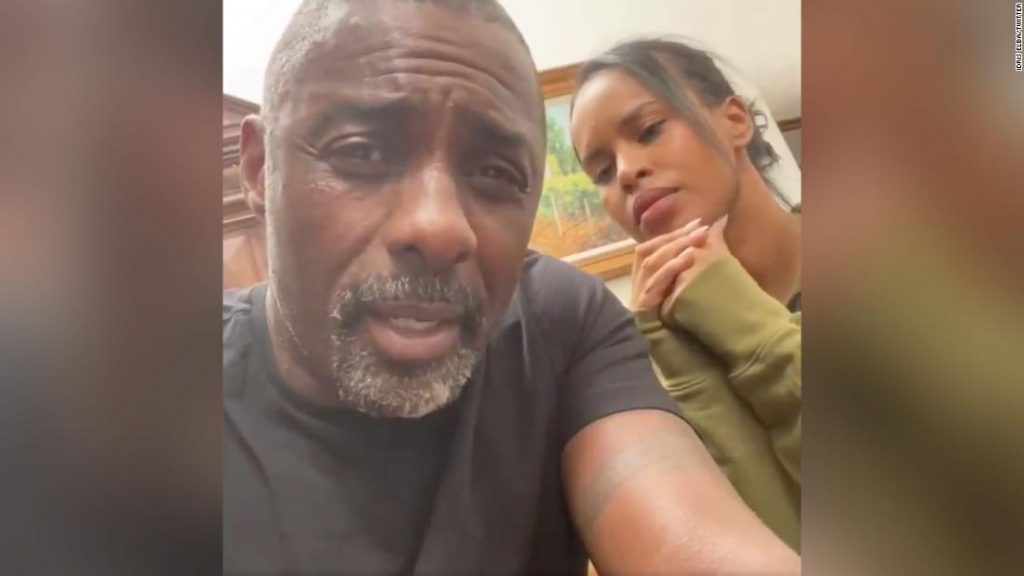 English actor, Idris Elba, has joined the list of high-profile individuals who have tested positive for Coronavirus (Covid-19).

The 47-year-old father of two, while breaking the news, revealed that he received his test results Monday morning and it turned out positive.

According to a video posted on Twitter, the “Thor” star stated that he feels well as he is showing no symptoms of the virus.

Speaking further, Elba said that since he found out last Friday that he had been exposed to someone who tested the positive to COVID-19, he had been in isolation.

Following the development, he advised people to practice social distancing and be diligent about hand washing, while also stressing that there are asymptomatic people like himself in society.

He stated further: “Look we live in a divided world right now…but now is a time for solidarity. Now is a time for thinking about each other. There are so many people whose lives have been affected.”

His wife, Sabrina Dhowre, who appeared beside him in his video, according to Elba, was “doing OK,” even though she had not undergone a test.

The rapper and singer who is also known for parts in the movies- “Dark Tower” and “Beast of No Nation,” said he would provide updates on his condition.

He added: “So far, we’re feeling OK. Stay positive and don’t freak out.”

In a related development, Tom Hanks and Rita Wilson announced they had tested positive for coronavirus last week.

Hanks provided an update on Instagram, as he expressed his gratitude for the love and support he had gotten since he broke the news of his infection.

The American actor and filmmaker, popularly regarded as America’s cultural icon wrote: “Thanks to the Helpers. Let’s take care of ourselves and each other.”

The Effect Of Covid-19 On The Party Lifestyles Of Lagosians