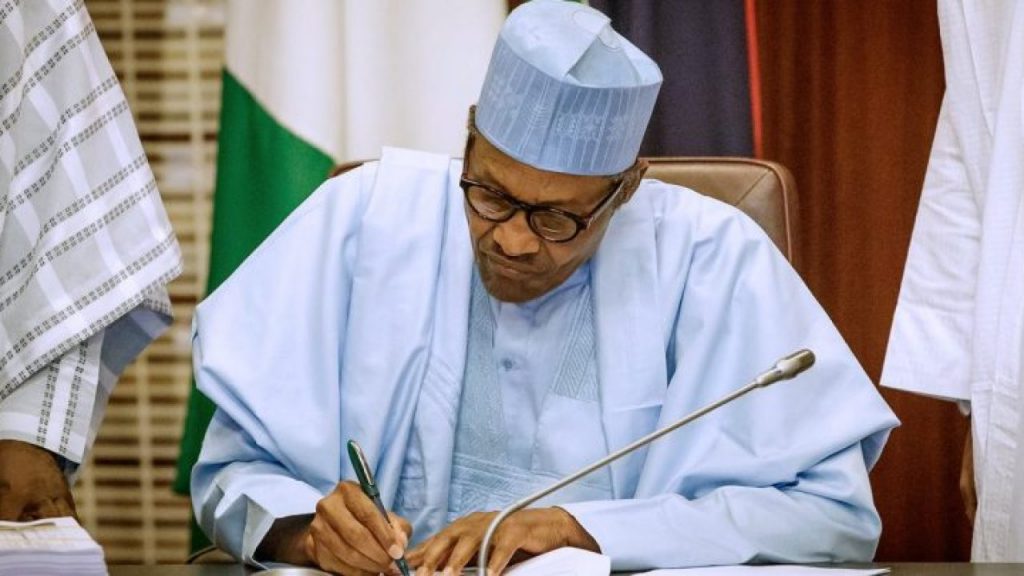 President Muhammadu Buhari has condoled with the families of the victims of the explosion in Abule Ado, Amuwo Odofin Local Government Area of Lagos State. READ ALSO: Abule Ado Explosion: NNPC Explains Cause Of Blast

According to a statement by his Senior Special Assistant on Media and Publicity, Mr Garba Shehu, President Buhari also consoled all those who lost properties to the incident or were affected in any way,

He commiserated with the Lagos State Government and all residents affected by the unfortunate incident, which left several dead, many other injured and properties destroyed.

The Presidency stated: “I have received with sadness the news of this unfortunate incident which caused loss of lives and property.

“A misfortune of whatever scale anywhere is a tragedy to the country, and while the Nigerian National Petroleum Corporation makes efforts to determine the cause of the incident, I send my deepest and profound sympathies to the victims, their families, government and people of Lagos state.”

Earlier, the Director-General Lagos State Emergency Management Agency, Dr Olufemi Oke-Osanyintolu, said that 17 bodies had been recovered while 25 casualties are being treated for injuries sustained in the Abule Ado pipeline explosion.

The National Emergency Management Agency earlier said that 15 people were lost to the incident.

Oke-Osanyintolu gave the new figure while speaking with the News Agency of Nigeria in Lagos on Sunday.

He sympathised with the families of those that died and wished the injured ones a quick recovery and urged residents of Abule Ado to shun fake news concerning the explosion.

Oke-Osanyintolu said: “The LASEMA Response Team arrived at the incident scene and it was discovered that a raging fire had displaced several residents who fled their abodes for fear of being caught up in the inferno.

“There are a number of secondary explosions which have caused significant damage to multiple buildings including the levelling of a Church to the ground and the destruction of St. Margaret’s Girls Hostel.

Helicopter Crashes Into Building In Lagos

Ooni Of Ife, Wife Celebrate Their Son As He Clocks One Year {Photos}