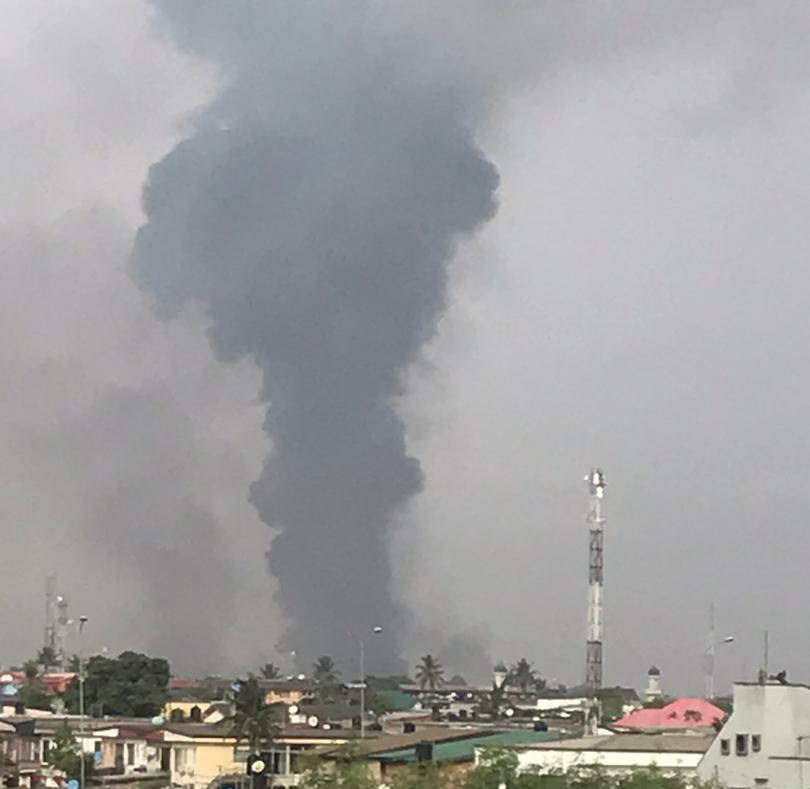 The Nigerian National Petroleum Corporation (NNPC) Sunday, said that the reported explosion which rocked Abule Ado Area of Lagos State in the early hours of the day was as a result of gas explosion which occurred after a truck hit some gas cylinders stacked in a gas processing plant located near the corporation’s system 2B Pipeline Right of Way. READ ALSO: Scores Injured, Properties Destroyed As Explosion Rocks Lagos

In a press release signed by NNPC Group General Manager, Group Public Affairs Division, Dr Kennie Obateru, the corporation explained that preliminary findings indicated that the impact of the explosion was so huge that it led to the collapse of nearby houses and damage to NNPC pipeline on which efforts are being made to curtail the resultant fire.

The Group Managing Director of NNPC, Mallam Mele Kyari, and other top Management of the corporation, departed to Lagos this evening for an on-the-spot assessment at the scene of the incident.

Obateru stated that following the report of the explosion, the corporation quickly halted ongoing pumping operations on the Atlas Cove-Mosimi pipeline which was active at the time.

The release explained that NNPC had already mobilized its in-house combined team consisting of Health Safety Environment experts, Medical and Security personnel from its nearby Satellite Depot in Lagos, even as Lagos State Fire Service was also rallied to extinguish the fire.

The release said more fire firefighting personnel and equipment were mobilised from the NNPC Mosimi Area Office to provide extra fillip to the ongoing operation.

While assuring members of the public and residents of the affected communities to remain calm, the NNPC’s spokesman assured that the temporary shutdown of the petroleum products pipeline would not affect the normal supply of products to the Lagos and its environs.

He said the fire, currently burring at controlled condition, was being fought headlong, saying a detailed assessment of the incident was underway to establish the extent of damage to the pipeline.

The NNPC Group Managing Director, Mallam Mele Kyari, commiserated with the victims of the incident, praying that God provides them succour at this hour.