I Do Not Have Coronavirus – Brazilian President, Bolsonaro 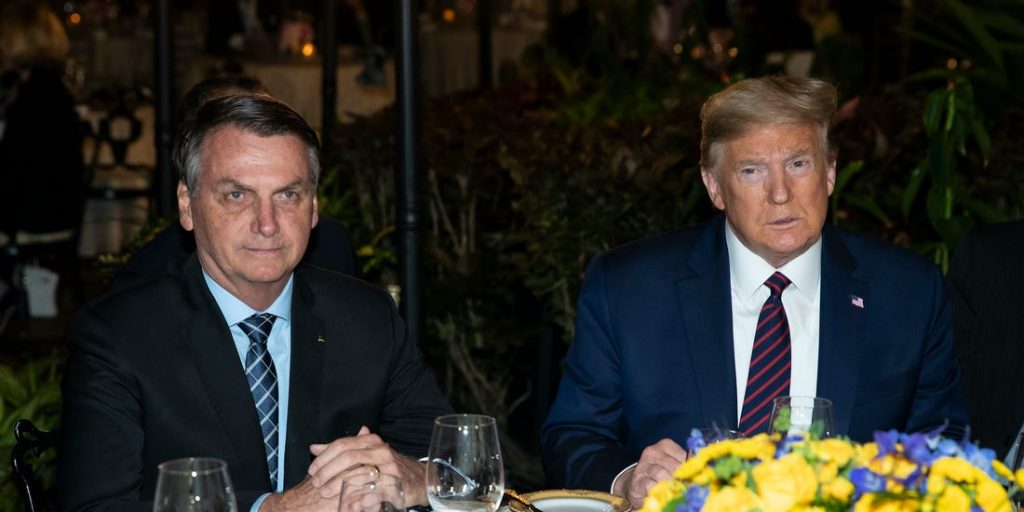 Brazilian President, Jair Bolsonaro, has denied being infected with coronavirus after reports emerged that he tested positive during an initial test which reportedly sent the White House into an emergency meeting, following President Trump’s interactions with him at Mar-a-Lago on Saturday. READ ALSO: Wife of Canadian Prime Minister Contracts Coronavirus

According to Brazillian newspaper, Jornal O Dia, Bolsonaro tested positive for coronavirus during initial tests, but he was still awaiting confirmation as of Friday. Bolsonaro, while tweeting his status claimed that he had tested negative.

In the meantime, reports have emerged that White House officials were called to an urgent meeting in the chief of staff’s office after the story of Bolsonaro’s possible infection broke.

Miami’s Mayor, Francis Suarez, had announced on Friday that he too has been infected with coronavirus after attending an event with Brazilian government officials in South Florida last week. He disclosed that he will self-isolate for up to two weeks.

Both Bolsonaro and Wajingarten made direct contact with Trump during a trip to Mar-a-Lago this week.  However, White House officials and Trump himself have brushed off concerns of the president becoming infected, as they stated that he exhibited no symptoms of the virus.

Referencing Wajingarten’s positive test, White House Press Secretary, Stephanie Grisham, said: “Both the President and Vice President had almost no interactions with the individual who tested positive and do not require being tested at this time.”

Meanwhile, Senators Rick Scott and Lindsey Graham made announcements that they would self-quarantine after attending the same Mar-a-Lago event.

Trump previously made contact with at least five Republican lawmakers who entered voluntary self-isolation after meeting a man who tested positive at a political convention in February.

Donald Trump, it was revealed will hold a press conference, Friday, on the coronavirus outbreak.

Prior to this development, the Brazilian President previously tried to downplay the worldwide health threat on Tuesday during a visit to Miami, Florida.

“During the past year, obviously, we have had moments of crisis. A lot of that is fantasy. And coronavirus, which is not [what] all the mainstream media makes it out to be.”

Fidelity Bank Profit Before Tax Increases by 53.03% in Q1

Communique Issued Out Of The Regular Meeting Held On Thursday, September 10. 2020