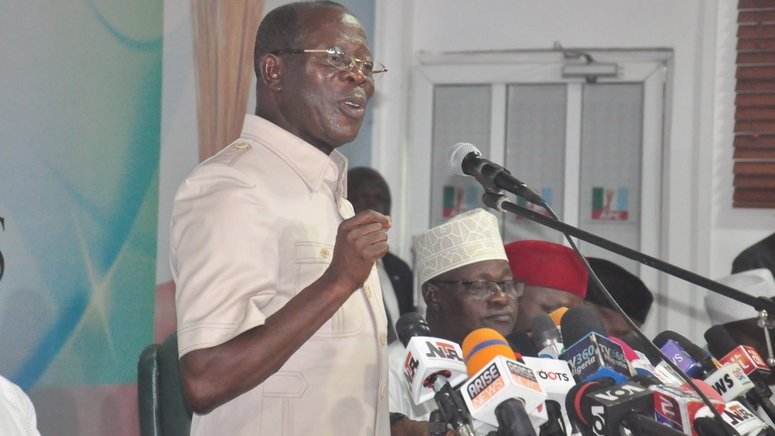 The leaders of the ruling All Progressives Congress, APC, from the South-South zone of the country, have asked all members of the party from the six states in the zone to attend the party’s National Executive Committee meeting which they said must hold on the March 17 scheduled date.

The leaders, at a zonal caucus meeting, on Thursday night in Abuja, endorsed the current Acting National Chairman of the party, Victor Giadom, as a replacement for the embattled National Chairman, Adams Oshiomhole.

Oshiomhole and the Deputy President of the Senate, Ovie Omo-Agege and the APC National Vice-Chairman, South-South, Hilliard Eta, were absent at the meeting attended by four serving Ministers from the zone including Minister for Transportation, Rotimi Amaechi; Minister for Health, Osagie Ehanire; Minister of State for Labour, Festus Keyamo, and Minister of State for Power, Goddy Jeddy Agba.

According to a communique released at the close of the meeting, the South-South APC leaders recognised the National Executive Council, NEC, as the only organ capable of resolving the APC crisis.

The communique, read on behalf of the leaders by the Governor of Edo State, Godwin Obaseki stated: “At the meeting, the leaders of the zone deliberated extensively on situation in the party and at the end of the meeting, they adopted the following resolutions:

“That as a party, we commend our brother, the Acting Chairman of the APC,  Victor Giadom, for rising to the occasion by providing leadership for the party in this trying times.

“That we fully support the convening of the National Executive Committee meeting on Tuesday, March 17th, as the NEC is the only recognised organ under the constitution of our party to resolve the APC crisis.

“That we insist that the party should respect the current zoning arrangement by retaining the chairmanship of our great party in the South-South zone even in an acting capacity.

“We resolved that the most senior officer of the party from the zone, being the National Acting Secretary, Chief Victor Giadom, should be confirmed Acting National Chairman for the time being.

“We urged all our brothers and sisters from the zone to fully embrace the NEC meeting and not boycott the emergency NEC meeting, which has been slated for Tuesday, March 17th. Because boycott in a democratic environment is always counterproductive.”

Recall that an Abuja High Court, recently, ordered Oshiomhole to stop parading himself as the Chairman of the party, while also ruling that the former Edo State Governor should be denied entry to the party’s secretariat.

Motivation in the Life of a Muslim