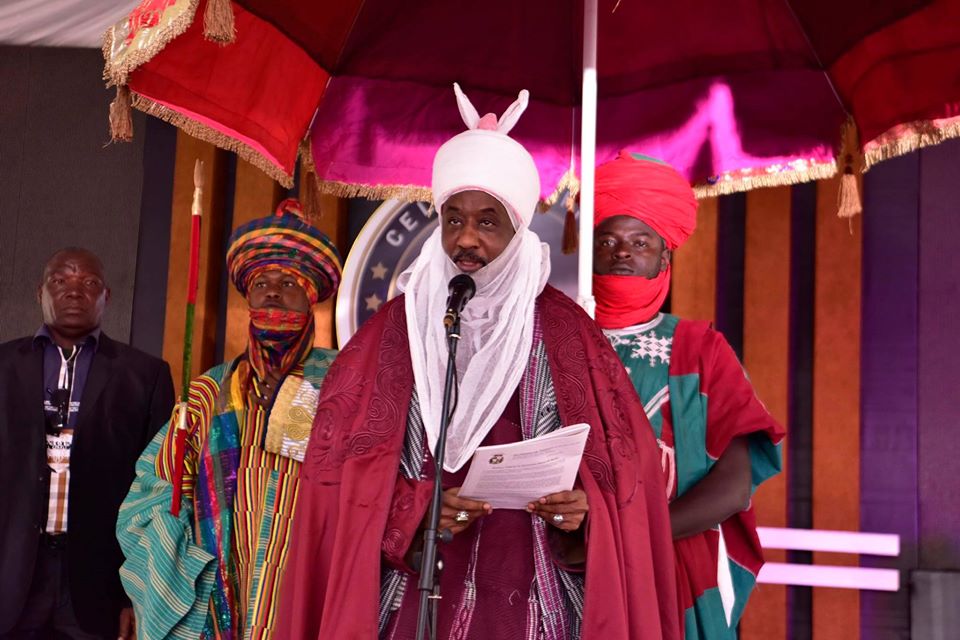 The last has not been heard of the dethroned Emir of Kano, Muhammadu Sanusi II, as the Kaduna State Government, under the leadership of Governor Nasir El-Rufai, named him as the Chancellor of the Kaduna State University, KASU.

Sanusi, it was gathered, succeeds the pioneer Chancellor, His Highness, Malam Tagwai Sambo, the Chief of Moro’a, who was appointed to the role in 2005.

A statement announcing the new appointment was signed by the Special Adviser to the Governor on Media and Communication, Muyiwa Adekeye, and released from the house of Sir Kashim Ibrahim.

The statement reads: “On behalf of the government and people of Kaduna State, Malam Nasir El-Rufai is delighted to appoint His Highness, Muhammadu Sanusi II as the Chancellor of the Kaduna State University. In public life, His Highness has demonstrated a strong commitment to education.

“The Kaduna State Government has no doubt that as Chancellor, His Highness Muhammadu Sanusi, would provide symbolic and substantive leadership in raising the profile of KASU as an emerging centre of learning on the national and global level.

“This appointment of the new chancellor comes at an exciting moment for KASU which is transiting to a multicampus structure with presence across the state.

“HH Muhammadu Sanusi II replaces the pioneer Chancellor, HH Malam Tagwai Sambo, the Chief of Moro’a, who has served in that role since 2005. Governor El-Rufai has conveyed the profound appreciation of the government to HH Malam Tagwai Sambo for the long years of distinguished service to KASU and the state.

“Malam Nasir El-Rufai welcomes with gratitude the consent of His Highness Muhammadu Sanusi to serve as Chancellor of KASU and as Vice-Chairman of the board of KADIPA.

The appointment of Sanusi comes in the wake of his appointment as a board member of Kaduna Investment Promotion Agency, which is chaired by the Deputy Governor of the state, Dr Hadiza Balarabe.

Recall that Sanusi, on Monday, was dethroned as the Emir by the Kano State led by the executive governor of the state, Abdullahi Ganduje.