by Emmanuel Onminyi
in News, Travel
0 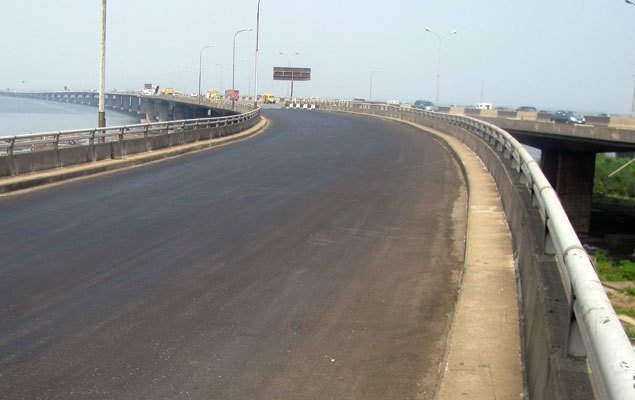 The Federal Government has shut down the Alaka Bridge linking Eko Bridge in Lagos State for repairs in order to prevent it from total collapse. READ ALSO:  BRACE UP: Lagos Will Witness More Than 250 Days Of Rainfall This Year

Reports by the News Agency of Nigeria, NAN, revealed that officials from both the Lagos State and Federal Ministries of Works and Transportation converged on the bridge for the emergency closure.

Narrating the development in a telephone interview, the Federal Controller of Works in Lagos, Mr Adedamola Kuti, according to NAN, stated that the emergency closure was to prevent any tragedy.

Kuti stated: “We are all here closing the Alaka to Costain portion of the Eko Bridge because some bearings are bad.

“We just discovered that the bearings are broken and we are here to shut it down for the safety of motorists.

He also said that only the Alaka flyover portion, from Alaka to Costain section of the Eko Bridge is not in good condition but Costain Bus stop, by the National Theatre, is in good condition.

He went on to say that traffic regulatory agencies were on ground to ensure that the impact of gridlock, as a result of the closure, was minimized when commuters use the road.

In a statement, the Lagos State Traffic Management Authority, LASTMA, announced that traffic would be diverted for road users plying the route from different parts of the state.

The statement reads: “From Alaka to Lagos island / Apongbon: Take Iponri to Costain and connect destination through Eko Bridge.

“From Stadium to Shitta roundabout to Adeniran Ogunsanya Road to Bode Thomas to Eric Moore to Abebe Village (Nigerian Breweries) to Costain and link destination through Eko Bridge.

“From Ojuelegba: Take Tejuosho to Yaba to Murtala Mohammed Way to Oyingbo -Iddo -Otto to Idumota Bridge or Carter Bridge and connect destination.