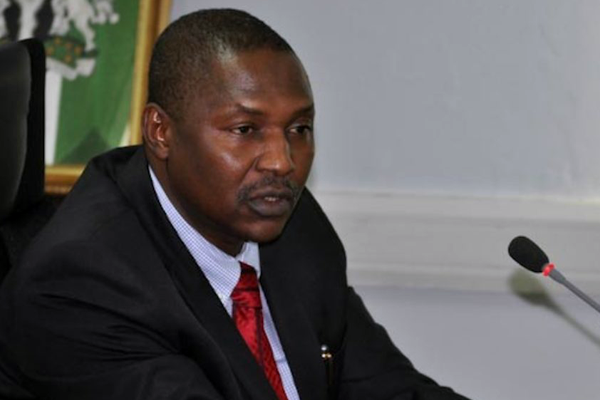 The Attorney-General of the Federation and Minister of Justice, Abubakar Malami (SAN), has rejected calls by human rights lawyer, Mr Femi Falana (SAN), for the $308 million recovered from the family of the late dictator, General Sani Abacha, and other stolen funds to be returned to the Federation Account.

Falana, last week, urged the Federal Government to pay the recovered stolen funds in the Federation Account and share it among the federating units.

But in a statement titled: “Looted funds – Don’t confuse public with myopic views – Malami replies Falana,” and issued by the Minister’s spokesperson, Dr Umar Gwandu, the AGF said that Falana made erroneous assertion on the process of disbursing and using of recovered loots based on the provisions of the Revenue Mobilization, Allocation and Fiscal Commission Act and Section 153 (1) (n) of the Nigerian Constitution.

According to Malami, such assertion depicts a rash analysis devoid of clear legal foundations.

Malami said the RMAFC Act has nothing specific on funds recovered from indicted public officers or assets recovered internationally.

According to him, Section 80 (1) of the 1999 Constitution of the Federal Republic of Nigeria, as amended: “contemplates exceptions to funds not payable into the federation account.”

“The recovery of stolen assets and the subsequent uses to which these funds may be employed are subject to international agreements between Nigeria and the affected countries, thereby bringing conflict of laws into contemplation.

The Attorney General concluded by saying: “Importantly also, these repatriated funds are based on cooperation and mutual assistance agreements, especially the United Nation Convention against Corruption and Implementation of the Global Forum on Asset Recovery (GFAR) Principles on the Repatriation of Stolen Assets.”

Recently, the United States and the British dependency of Jersey agreed with Nigeria to repatriate more than $300 million in funds stolen by the late military head of state.

Transparency International alleged the Abacha stole an estimated $5 billion of public money during that time he ruled Africa’s biggest oil producer, from 1993 until his death in 1998.

Abacha, during his lifetime, was never charged with corruption and companies linked to the Abacha family have gone to court to prevent repatriation of the alleged stolen funds; alleging infringement of their rights to a fair trial.

It was gathered that the funds were laundered through the U.S. banking system and held in bank accounts in Jersey in the name of Doraville Properties Corporation; a British Virgin Islands company, and in the name of the son of the ex-military ruler.

Many dead as Boko Haram, ISWAP clash in Lake Chad

Yul Edochie says some people are wishing his family death