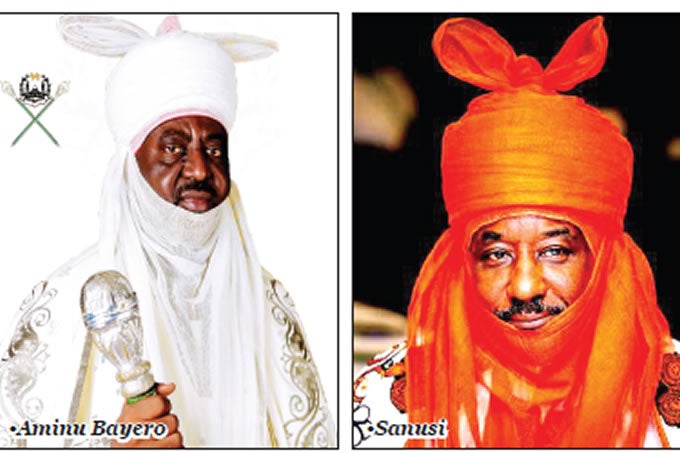 Following his dethronement as the Emir of Kano, Muhammadu Sanusi, has reportedly reacted to the move by the Governor Abdullahi Ganduje-led government on Monday.

Sanusi was dethroned following a resolution of the Kano State Executive Council on allegations bothering on insubordination.

Addressed journalists at the end of the emergency council meeting, the Secretary to the Kano State Government, Usman Alhaji, said that the state government’s action was based on the governor’s powers under the state’s Emirates Law 2019.

Aminu Ado Bayero, a son of late Ado Bayero who was Mr Sanusi’s predecessor was immediately announced as the new emir with the endorsement of the four Kano kingmakers.

Sanusi, who was also banished to Nasarawa State, reportedly stated that he accepts his dethronement as an act of destiny.

“With almost six years on this throne and (in charge of) our heritage. Today, the Almighty Allah, who gave me the leadership has destined to take it back,” Sanusi said.

“As I always say, leadership has predetermined tenure, the days Allah destined are numbered. When the days come to an end one must leave.

“We have accepted whatever Allah decides. We have agreed. We appreciate (God). We are happy and we know it is what is best for us.”

He, however, called on all titleholders and palace officials and the people of the state to support whoever emerged as the emir.

“We enjoin everyone to remain peaceful. We have directed our family, our children and those that support us that whoever gets it and is endorsed by the people they should pay allegiance to him.

Further affirming his ties to his grandfather who was deposed in a similar fashion in 1963, Sanusi expressed happiness for practising his reign in accordance with that of Emir Sanusi I.

“It is a thing of pride that made us to rule and end in the same fashion as Halifa,” he stated.

Sanusi expressed his thanks to the people of Kano, titleholders, lieutenants and friends for their support and affection during his six-year reign as Emir of the state.

Until his removal, Sanusi was the 14th Emir of Kano from the Fulani Sullubawa clan. He ascended the throne in 2014, following the death of his granduncle, Abdullahi Ado Bayero.