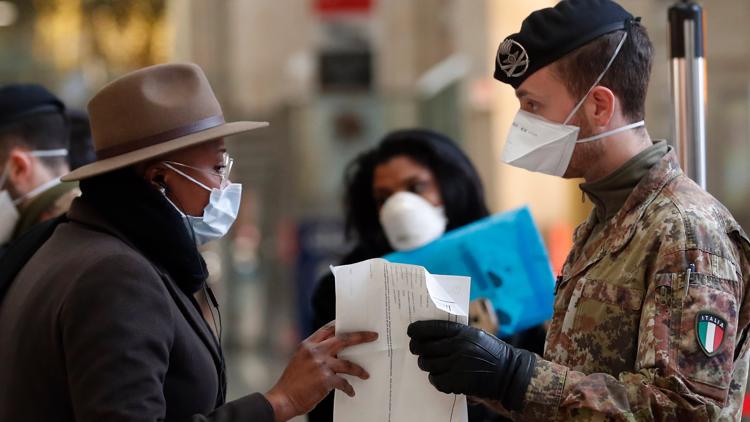 Following the damaging effect of the Coronavirus in the European country, Italy’s prime minister, Giuseppe Conte, has vowed to give the Italian economy a dose of “massive shock therapy” via economic stimulus in order to soothe the effect of the virus. READ ALSO: Coronavirus: Federal Government Confirms Second Case

More than 60 million Italians will be staying at home today after the country declared a complete lockdown in order to arrest the spread of Covid-19.

They have been told to only leave their homes for “urgent, verifiable work situations and emergencies or health reasons”.

Since the outbreak of the virus, Italy has seen the highest number of novel Coronavirus cases in the world, outside of China. While the virus has spread throughout the country, northern Italy remains the worst affected.

It would appear that the worst is still yet to come as the head of infectious disease at Milan’s Sacco hospital, Dr Massimo Galli, disclosed that the number of cases confirmed in Lombardy recently was similar to those in Wuhan, China, in late January 2020.

The fatality rate from Covid-19 in Italy, however, is higher than that of other European nations. So far, 9,172 cases have been confirmed with 463 deaths; a fatality rate of 5 per cent instead of the 3-4 per cent seen elsewhere.

The government stated that it aims not only to safeguard Italians with the complete lockdown but also to save the Italian economy.

The virus has taken its toll on the already fragile Italian economy has been dealt another blow following the start of an oil price war between Saudi Arabia and Russia. Analysts at Berenberg have increased their forecast for a drop in Italy’s Gross Domestic Product by about 15 per cent.

Italian banks are still laden with bad loans from the 2008 global financial crisis and the government has the highest load of public debt in Europe after Greece.

In the meantime, Italy’s deputy minister of economy and finance announced that payments on mortgages to households and individuals would be suspended across the entire country after the outbreak.

Meanwhile, ABI, the country’s banking lobby, announced that it would offer a debt moratorium for small firms and households affected by Covid-19.

5 Surprising Things That Are Effective For Treating Acne